Kimberley’s secret bush retreat
Neighbours star Kimberley Davies (pictured) loves living in the city but she is a country girl at heart. The model-turned-actress grew up on a farm near Ballarat in western Victoria. “I gave all the animals on the farm names,” she told TV Week. “I had two lambs called Molly and Polly and a kelpie called Spike. The lambs used to follow me everywhere. I used to idolise Molly in A Country Practice and I dressed just like her. I’d put tinsel on my gumboots and do my hair like hers.” When time permits Davies delights in visiting family that still live on farms in the area.

Larry’s price is right
An old TV favourite is set to reappear as the upcoming summer replacement for Nine‘s Sale Of The Century. Larry Emdur, former host of The Main Event and now breakfast presenter on Sydney’s 2UW, is tipped to host the revival of The Price Is Right. The format was last broadcast in Australia as a Saturday night program hosted by Ian Turpie for Network Ten in 1989. 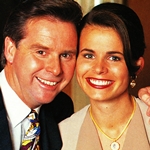 ‘It’s our swansong’
Former Sale Of The Century co-host Jo Bailey is making a brief return to the game show, putting to rest industry rumours that she had been sacked. Bailey, who is about to appear in new lifestyle show Looking Good, will be back on the set with Sale host Glenn Ridge for one week. “When Jo left, one criticism I think was quite justified was that it all happened so fast. We never had a chance to say goodbye to her,” Ridge told TV Week. “Because we all think the world of her, we’re very happy to be able to do that now. I suppose you could say it’s our swansong.” Ridge has told TV Week that despite media speculation Sale will be back in 1994. “When Jo left, the media were all kicking their boots in and saying we were doomed,” he said. 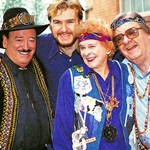 Running late for Sydney
Sydney securing the rights to host the 2000 Olympic Games was big news enough, but what was to follow was even better for TV fans — The Late Show was making a rare trip from its Melbourne home base to the harbour city. The special Sydney-based show included guest appearances from celebrities Don Burke, Jeanne Little, Geoff Harvey, sports presenter Ian Maurice, Money host Paul Clitheroe and SBS sports commentator Les Murray as the various Late Show cast were being ‘billeted out’ for their stay in Sydney. Lucky Grills, whose 1970s TV cop series Bluey has had a new lease on life as the comically re-voiced Bargearse, was joined by Al Grassby, Christopher Truswell (‘Nudge’ from Hey Dad!) and Gwen Plumb for the show’s musical mix-up act — Grassby, Grills, Nudge and Plumb (pictured) — a play on the name Crosby, Stills, Nash and Young. The show also featured a cameo by ABC managing director David Hill and a recreation of the Sydney Harbour Bridge, painted by Ken Done, filled the set’s backdrop. Whether The Late Show will be back for return visit to Sydney is yet to be known — the ABC is hoping to negotiate a third series of The Late Show, although there are rumours that the Nine Network is keen to pursue them.

“A friend of mine suddenly announced the other night that he finally had made up his mind and is going to tackle an acting career full-time. He is certainly not a millionaire, but I’d say he is as secure as anyone can be these days. So why would he want to throw it all in at his time of life and start all over again? The Media Entertainment and Arts Alliance (MEAA) estimates that between 85 and 90 per cent of its actor members are out of work at any given time. On figures provided by the MEAA, my friend, who does not have a well-known name or great track record to back him up, can expect to earn $159 minimum an hour doing commercial voice-overs. They are specialist work and, at that rate, I imagine the competition is hot. If he lands a job as an extra in a movie, he gets $86.90 a day. If it’s a TV series, make that the princely sum of $87.20 — and, I repeat, that’s a daily, not hourly rate. Minus tax and agent’s commission, that doesn’t leave much over for limousine hire or holidays on the Riviera, or even in the Riverina!”

Sunday: Sunday night movies are The Doctor (Seven), Indiana Jones And The Last Crusade (Nine) and For The Boys (Ten). 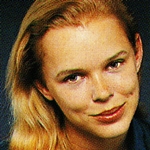 Monday: In A Country Practice (7.30pm, Seven), Darcy (Kym Wilson, pictured) faints when she tries to watch an operation on her injured knee. In Healthy Wealthy And Wise (7.30pm, Ten), Jim Brown heads to Tamworth; Lyn Talbot presents a backpacker’s guide to travelling; Iain Hewitson cooks two traditional recipes from the American South; and Ross Greenwood looks at the costs involved in a funeral.