Olivia’s idea of paradise
Olivia Newton-John is set to host her own show. The secret project is described as being focused on the environment. “Olivia is very passionate about the environment, children and animals, and this show embraces all of that,” producer Scott Young told TV Week. Young is working on the project in association with Beyond International, producers of Beyond 2000.

Let’s not talk about sex
Sophie Lee became famous on television for putting a sexy slant on The Bugs Bunny Show and hosting the controversial lifestyle program Sex.  But the 24-year-old now has a new outlook on life and wants to combat the sexual stereotyping of women on television — something she admits she may have contributed to with her previous TV roles. “I was more innocent and naive than I am now,” she told TV Week. “I got pushed into a lot of things but, of course, I didn’t have the knowledge I have now. It was wonderful to work on Sex and to inform people, but acting is my first love.”  Having just completed work on New Zealand mini-series Typhon’s People, Lee is looking at other ventures. “Perhaps some writing, maybe a one-woman show.”

Chubb in power
The 7.30 Report is about to get a revamp to boost ratings. Philip Chubb, creator of documentary series Labor In Power, has been appointed national editor. Chubb replaces Murray Travis who will be executive producer of a new business current affairs program. “The fall in the show’s ratings is of great concern to the ABC,” Chubb told TV Week. “My job is to try and understand why that slide has occurred and to reverse it.” The 7.30 Report currently rates between 11 and 14 in capital city markets and Chubb wants to boost this average to around 20. Although the program will maintain its current state-based format, Chubb said he aims to improve the program by making better use of the show’s various state-based production teams in covering national stories on a more regular basis.

“The adage about sex selling has never rung more true than in recent times and — Paul Keating‘s misgiving about 8.30 movies and Bruce Gyngell‘s directives notwithstanding — TV has never had so much flesh on display. So it really is time that the ABC took a far more academic view of all of this, which is what it does in The Opposite Sex, which will screen over four weeks. The Opposite Sex opens by questioning whether the sexes are actually as opposite as most of us think. How do we form our ideas about being male and female? What if it’s more than our upbringing? What if it’s bigger than biology? All are part of that most ancient and teasing question of all: what is the real difference between men and women? Whether The Opposite Sex goes very far towards providing the answer I can’t really say, because I previewed only the first of the four hours. But certainly that first part did make me question some long-held beliefs — perhaps myths — about the differences between the sexes.” 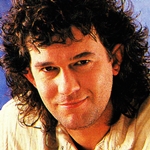 Monday: John Mangos and Sharon Dale host new mid-morning magazine program At Home (9.30am, Seven).  In A Country Practice (7.30pm, Seven), Hugo (Gavin Harrison) finds a runaway girl hiding out on his land; and Anna (Anne Looby) is appalled when a dog dies through the negligence of a well-respected vet. Jimmy Barnes (pictured) and his family are guests on Healthy Wealthy And Wise (7.30pm, Ten).

Tuesday:  In All Together Now (8pm, Nine), Thomas (Steven Jacobs) is scared he will lose his mother again, this time permanently, when she takes up motorbike riding.

Wednesday: In Hey Dad! (7.30pm, Seven), Jenny (Angela Keep) makes copies of her homework to sell to her friends. In Hard Copy (8.30pm, Ten), Renee Brack reports on the untold story of the Cowra machete murders. 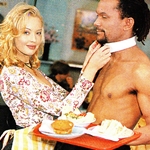