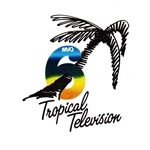 Today marks the 45th anniversary of the launch of MVQ6 in the north Queensland town of Mackay. The station is now part of the Seven Network and broadcasts as Seven Mackay. Although the station was launched on 9 August 1968 its history dates back as far as March 1960, when Mackay Television Development Pty Ltd …

END_OF_DOCUMENT_TOKEN_TO_BE_REPLACED

Permanent link to this article: https://televisionau.com/2013/08/seven-mackay-turns-45.html