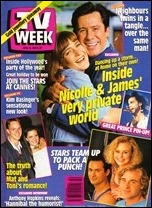 Cover: Nicolle Dickson (Home And Away) and husband James Bell.

Packing a punch!
SBS has assembled some of Australia’s top writing, directing and acting talent for its upcoming drama series Six Pack.  The series of six self-contained stories is the first local drama production to come from the network since the 1987 mini-series Always Afternoon.  Included in the cast of Six Pack are Peta Toppano, Sandy Gore, Simon Burke, Ivar Kants, John Bluthal, Nancye Hayes, Martin Jacobs, Geraldine Turner and Angie Milliken.  E Street star Josephine Mitchell plays Clara in Mimi Goes To The Analyst.  “I desperately wanted to play a nymphomaniac,” Mitchell told TV Week.  “Clara is a great tart, a fun tart.”  Police Rescue star Steve Bastoni stars in Loveless, playing the role of Johnny, an aggressive homophobic actor who’s insecure about his sexuality when he is cast in a gay-themed film.  “For me this was a great project breaking new ground,” Bastoni said.  “Not only was it dealing with a sensitive issue, the issue also involved gays in film-making, which is something audiences are very curious about.”  Hey Dad! star Ben Oxenbould stars in That Man’s Father, playing the role of Andy, a lodger who makes a married couple’s life miserable.  “He’s a bit of a drifter,” Oxenbould said.  “Discovering new bits of life and piecing them together so that when he’s much older, he’ll have plenty to talk about.  He’s also a bit selfish, a bit arrogant and not too concerned about what’s going on in the household.”  Six Pack begins on SBS later this month. 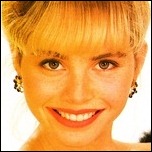 UK engagement stops AJ’s Newlywed plans
Former E Street star Alyssa-Jane Cook (pictured) was on her way back to Australia from a promotional trip in the UK and about to star in a second pilot for the new Seven Network sitcom Newlyweds, but has made a last-minute decision to focus on spending more time in the UK.  Newlyweds, a joint venture between The Comedy Company producer Ian McFadyen and production company Crawfords Australia, explores the post-honeymoon hassles of a young couple.  Cathy Godbold (Chances, Home And Away) and Richard Healy are to appear in the new show, with Crawfords now re-casting for the role previously assigned to Cook. 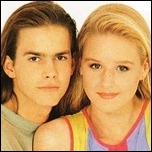 Neighbours tackles that delicate subject
Neighbours is set to tackle the subject of teenage sex. In episodes to screen this week, characters Todd Landers (Kristian Schmid) and Phoebe Bright (Simone Robertson) plan to lose their virginity. “My feeling is that most 17-year-olds are getting to that stage,” Schmid, who is also 17, told TV Week. “Neighbours is a family show, but it’s also a realistic show.”

Briefly…
The Nine Network is soon to assess the game show pilot taped at the studios of NWS9 Adelaide and hosted by Colette Mann with Ugly Dave Gray.  With the working title Best Friends, the show is similar to the old Newlywed Game. 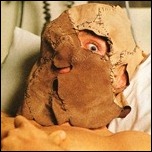 The man behind the mask (pictured) is Olav Evensen, the new actor to play E Street’s serial killer Stephen “Mr Bad” Richardson.  Evensen has taken over the role from Vince Martin.

Meanwhile, E Street producer Forrest Redlich is talking to the Ten Network about plans to produce a new one-hour weekly rock show in the same vein as the old Countdown.

Network Ten’s Kids’ Stuff host Lochie Daddo has made the move to the Nine Network as co-host of its Saturday morning show cartoon show Saturday At Rick’s.

Lawrie Masterson: The View From Here
”Good Vibrations, from Southern Star Entertainment and Lynn Bayonas, remains a bit of a mystery to me.  Like the Nine Network’s Golden Fiddles last year, Good Vibrations appears perfectly suited to a 6.30pm Sunday timeslot, but it has been programmed at 8.30pm on consecutive nights (Wednesday and Thursday).  Good Vibrations will have to perform well against movies on both opposing networks on the Wednesday night if it is to have any chance on the Thursday.  And that’s a big ask, even during the Easter school holidays.”

Program Highlights (Melbourne, April 18-24):
Sunday:  Ten’s daytime is dominated by coverage of the James Hardie 12-Hour motor race, live from Bathurst, NSW.  There is an hour of coverage from the race start at 6.00am, then hourly updates throughout the morning, and then Ten returns to coverage at midday for the remaining six hours.  Seven has Sunday afternoon AFL – Adelaide versus Richmond – live from Adelaide, followed by the World Vision special The Forgotten World, hosted by Steve Vizard and featuring Jennifer Keyte and Tom Burlinson.  Sunday night movies are Clash Of The Titans (Seven), The Natural (Nine) and the biblical epic The Ten Commandments (Ten), up against Egyptian movie The Puppeteer (SBS) and ABC documentary God’s Girls: From An Australian Convent, the story of the Sisters of Mercy in the small NSW country town of Singleton – describing life from the 1940s through to the present.

Monday:  In A Country Practice (Seven), Hugo (Gavin Harrison) is forced to come to terms with the homosexuality of his cycling partner Brett (Simon Stokes).

Tuesday:  Gosia Dobrowolska and Graeme Blundell are guest stars in this week’s episode of GP (ABC).  In A Country Practice (Seven), Lucy (Georgie Parker) and Matt (John Tarrant) now have their baby and they prepare to leave Wandin Valley. 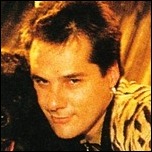 Wednesday:  Seven presents the debut of two-part mini-series Good Vibrations, the story of a family who move to the country and find they are sharing their new house with a ghost.  The series stars Genevieve Picot, Felicity Soper, Jeffrey Walker and Stephen Whittaker (pictured).

Thursday:  In Neighbours (Ten), Todd (Kristian Schmid) declares his love for Phoebe (Simone Robertson).  In Phoenix (ABC), the bombers finally begin to make crucial mistakes as Inspector Jock Brennan (Paul Sonkkila) continues to put the pressure on – as it becomes evident why even the hardened criminal world is afraid of the bombers and why they hate police.

Saturday (ANZAC Day):  ABC has live coverage of the traditional ANZAC Day march from the streets of the Melbourne CBD.  Ten crosses to Auckland for live coverage of the Rugby Union Centenary Test match between New Zealand and the Rest of the World.  Ten has live prime-time coverage of the NBL Mitsubishi Challenge basketball from the National Tennis Centre, Melbourne.  To coincide with his Australian tour, there is a late-night clash of two Prince films – with the 1984 movie Purple Rain (Nine) versus the 1987 title Sign O’ The Times (Ten).