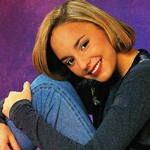 Former television actress Cathy Godbold has died at the age of 43 after a ten-year battle with cancer.

The daughter of former TV and radio presenter Rosemary Margan, Godbold was was making headlines before she was even born as news of her mother’s pregnancy made the magazines. She was then pictured in TV magazine features with her mother from a very young age. 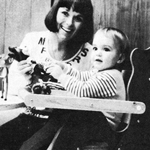 As a teenager she studied at the Victorian College of the Arts. Her first TV acting role was in the children’s drama anthology More Winners, later followed by the Nine Network series Chances.

She later played leukaemia patient Meg Bowman in Home And Away. The experience from researching and playing that role led to Godbold taking an active role in fundraising for cancer research, including organising a warehouse party for teenagers to raise money for a children’s cancer support charity.  “I want to do more and more.  I want to help find a cure,” she told TV Week in 1993.

She played a starring role in the Seven Network sitcom Newlyweds. Other TV credits included Hey Dad, Frontline (as herself), Neighbours, Blue Heelers and The Saddle Club.

She was diagnosed with brain cancer in 2007 and gave up acting but returned to the screen to portray her mother in the Graham Kennedy biopic The King.