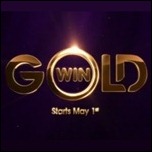 Today – 1 May – sees regional broadcaster WIN launch its own digital datacast channel, following from the recent launches of TV4ME (via the Seven and Prime7 networks) and Extra (broadcasting via Nine in Sydney, Melbourne and Brisbane and NBN in Northern NSW).

WIN Gold promises much the same sort of limited-appeal content as its Seven and Nine network predecessors – with the datacast channels largely confined to niche formats such as home shopping, education, lifestyle and community programs.

WIN Gold is to be broadcast on the digital signal of WIN’s regional network (on digital channel 84) and on WIN’s capital city stations, NWS9 Adelaide and STW9 Perth (via digital channel 94).

Permanent link to this article: https://televisionau.com/2012/05/win-goes-for-gold.html