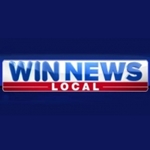 At the same time, WIN is expected to maintain region-specific bulletins in Canberra and Wollongong and combine the remaining Southern NSW regions (Orange, Dubbo, Wagga Wagga, Griffith) to a single bulletin.

The move is to take effect when WIN, currently a Network Ten affiliate, switches to a Nine Network affiliation in those markets from 1 July.

WIN already provides a statewide bulletin in Tasmania but years ago axed its local news service in its regional markets in South Australia and Western Australia.

As many as 19 journalist and camera operator roles are set to be lost in Victoria alone, according to ABC.

WIN chief executive Andrew Lancaster said that efforts will be made to redeploy staff within the organisation.

The axing of local news comes after the Nine Network has already announced that it will cease to provide a local news service to its regional partner, Southern Cross Austereo, when its affiliation swaps to WIN on 1 July.

It is not clear what level of local news will be provided by Southern Cross Austereo in the regional Queensland, Victoria and Southern NSW/ACT markets after 1 July, when it is expected to reconnect as an affiliate to Ten.

Permanent link to this article: https://televisionau.com/2021/05/win-to-axe-local-news-and-jobs.html