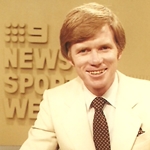 Former television newsreader Russell Goodrick has died after a short illness. His sons Tom and Rodney issued a statement on Facebook, stating that Goodrick had fallen ill to severe form of pancreatitis in January. Despite a recovery from surgery, he was soon admitted back to hospital. Goodrick’s media career began at Sydney radio station 2GB …

END_OF_DOCUMENT_TOKEN_TO_BE_REPLACED

Permanent link to this article: https://televisionau.com/2021/05/obituary-russell-goodrick.html 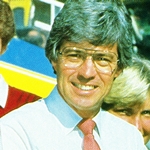 Frank Warrick, veteran Brisbane television presenter, has died at the age of 76. He was surrounded by family when he died early Tuesday morning, following a five-year battle with dementia. His career started in radio in Toowoomba in 1963. He then became a familiar face with Brisbane viewers, from the time he started at BTQ7 …

END_OF_DOCUMENT_TOKEN_TO_BE_REPLACED

Permanent link to this article: https://televisionau.com/2021/05/obituary-frank-warrick.html