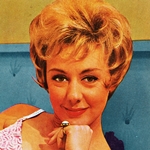 Australian showbusiness legend Lorrae Desmond, known by many as Shirley Gilroy in A Country Practice, has died at age 91. News of her passing was circulated on social media by former colleagues, including former A Country Practice co-stars Shane Withington and Wendy Strehlow. She was my mentor, my friend and an unending source of wisdom, …

END_OF_DOCUMENT_TOKEN_TO_BE_REPLACED

Actor and producer John McCallum, co-creator of the iconic TV series Skippy The Bush Kangaroo, has died in a Sydney nursing home at age 91. Born in Brisbane in 1918, McCallum was trained at London’s Royal Academy of Dramatic Art before a career that included stage, film and television in both the United Kingdom and …