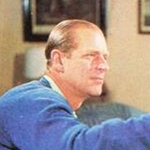 In March 1971, Prince Philip, Duke of Edinburgh, toured Australia as part of the golden jubilee celebration for the Royal Australian Air Force.

The half-hour special Meet Prince Philip, was telecast live from Adelaide with the Prince interviewed by reporters from each of the four networks.

Seven and Nine followed up the interview with a documentary, Now Or Never, narrated by Prince Philip.

Meet Prince Philip is among the latest addition of Classic TV Guides: