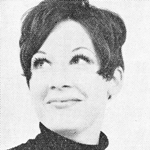 Actress Anne Phelan, best known from Bellbird and Prisoner and more recently in Winners And Losers, has died at the age of 71.

With a career starting in 1968, Phelan went on to a successful career in stage, film and television, displaying a range from comedy to drama to musical theatre. 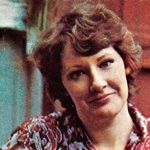 Early TV credits included guest appearances in the Crawford Productions cop shows of the 1970s — Division 4, Homicide, Matlock Police and Ryan. In 1974, she scored the ongoing role of Kate Ashwood (pictured) in the long-running ABC rural series Bellbird. She stayed with the series for three years.

She also starred in the TV adaptation of the musical The Sentimental Bloke (pictured with Jon Finlayson and Laine Lamont), made for ABC in 1976. After Bellbird wound up in 1977, Phelan and a number of her Bellbird colleagues found new roles in Prisoner. Phelan played a couple of minor guest roles in early episodes of the series before she was cast as Myra Desmond, a former inmate and representative of the Prison Reform Group who ends up back inside and elevated to the role of ‘top dog’.

She had the leading role of “Mumma Darcy” in the mini-series The Harp In The South and Poor Man’s Orange and made guest appearances in Special Squad, Starting Out, Mother And Son, GP and The Bartons. 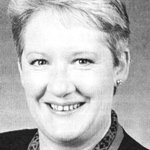 She was one of the cast of the Nine Network soap Family And Friends and played the part of Mrs Fuller in the sitcom Col’n Carpenter.

Other credits included Late For School, Law Of The Land, Simone de Beauvoir’s Babies, Blue Heelers and The Micallef Program.

By 2000, her career had come full circle — returning to ABC for its rural drama Something In The Air. She played the part of Monica Taylor in the series for two years.

Her last major TV role was as Dot Gross in the Seven Network drama Winners And Losers.

As well as her acting achievements, Phelan was a tireless supporter for charities, including patron of Positive Women, a support organisation for women living with HIV.

She was awarded an Order of Australia Medal in the Queen’s Birthday Honours in 2007 for services to the arts and for her support for women living with HIV, refugees and asylum seekers.

Well after Prisoner‘s demise in 1986, Phelan continued to support fans of the show, including an appearance at Prisoner‘s 25th anniversary held at the former ATV10 Nunawading studios in 2004, and one of her last public appearances was earlier this year at a cast reunion for the show’s 40th anniversary. Permanent link to this article: https://televisionau.com/2019/10/obituary-anne-phelan.html