The end for Today Tonight… again 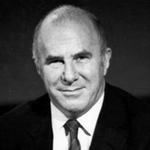 Clive James, the Sydney-born writer who became a cultural icon, has died at the age of 80.

He died at his home in Cambridge on Sunday, almost ten years after he was diagnosed with leukaemia and emphysema.

Starting his career in the 1950s at the Sydney Morning Herald, James made the move to the United Kingdom in the early 1960s, becoming part of a growing cultural wave of Australians into the country. He was appointed television critic for The Observer newspaper in 1972 and while he continued to become a prolific poet, writer and author, he eventually made his way to TV with his own show, Clive James On Television for the ITV network, shown in Australia on ABC. The show took a comical look at some of the most bizarre and unusual TV moments from around the world, with a particular focus on the physical endurance game shows popular in Japan.

Other TV credits in the UK included Saturday Night Clive, Clive James In…, Clive James’ Postcards From…, The Clive James Show, Review Of The Year and the documentary series Fame In The 20th Century.

In 1988, James made a return to Australia to be one of three co-hosts for the four-hour special Australia Live, showcasing a day in the life of Australia via satellite link ups to 70 locations across the country.

In 1996 he made a guest appearance as a postie in Neighbours.

Clive James is survived by wife Prue Shaw and two daughters. His funeral was held on Wednesday.

Permanent link to this article: https://televisionau.com/2019/11/obituary-clive-james.html