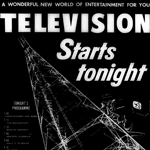 Perth was the third of the four cities in Stage 2 of the introduction of television in Australia. Like with Sydney, Melbourne, Brisbane and Adelaide, Perth was to be covered by both the national broadcaster ABC and commercial television. While the other cities had established two commercial channels each, Perth was ultimately allocated one commercial …