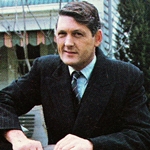 Actor Paul Cronin, best known as family patriarch Dave Sullivan in The Sullivans, has died at the age of 81. Born in South Australia, Cronin’s early career was in engineering and was far removed from showbusiness. He eventually enrolled at a drama school in Adelaide and performed in the local amateur theatre company. It was …

END_OF_DOCUMENT_TOKEN_TO_BE_REPLACED

After Brisbane‘s official launch of its first television stations, Adelaide became the fourth city in Australia to receive television. Like with other cities, Adelaide was to be served by national broadcaster ABC and two commercial channels. The two successful applicants for commercial licences in October 1958 were Southern Television Corporation Ltd and Television Broadcasters Ltd. …