Kimberley moves in
Gladiators co-host and former Paradise Beach star Kimberley Joseph (pictured with Melissa George) makes her first appearance on Home And Away later this month. She is playing the part of Jo, a former schoolmate of Angel (Melissa George) who becomes jealous when it appears Angel has been picked ahead of her for two modelling campaigns. “It was kind of fun being bitchy, because my character on Paradise Beach was so similar to Angel’s on Home And Away,” Joseph told TV Week. “It’s nice to play something different.” While there is the possibility that she may have an extended role in Home And Away, Joseph is committed to co-host the second series of Gladiators, which begins production this month in Brisbane. 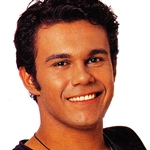 Gladiators shake-up!
While Kimberley Joseph (as above) is signed up to co-host the second series of Gladiators, there are other changes taking place in the show’s line-up. Joseph’s hosting partner Aaron Pedersen, (pictured) who left the ABC to join Gladiators, is to be replaced by Mike Hammond. Series referee John Alexander has been forced to quit due to his annual Wimbledon commitments. He will be replaced by former cricket star turned TV reporter Mike Whitney. Rugby league star Mark McGaw, alias Gladiator Hammer, has also left the show due to other commitments. Two new Gladiators — Predator and Commando — will join the show. “We’re going to be fine tuning and trying to make the show slicker,” producer Anthony McClellan told TV Week. “They’ll be more emphasis on the sporting nature of the Gladiators. There will be more time for the show to breathe as a sporting element.” The new series of Gladiators is expected to go to air from September. 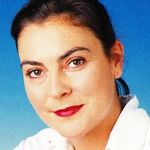 Marg’s serious comeback
Former Fast Forward star Marg Downey (pictured) will be guest starring in this week’s episode of Blue Heelers. It is her second serious role on TV, having appeared in the 1992 telemovie Economy Class. In Blue Heelers she plays the part of a mother whose five-year-old daughter is abducted. Her character is a member of a religious sect and members of the community and some of the police suspect that the sect is somehow involved. As well as her TV comeback, Downey has been performing in theatre roles and doing voice-over work She has also been working on a 13-part animated series, The Silver Brumby. But despite her new dramatic roles she hasn’t ruled out a return to sketch comedy — but would be unlikely to revisit some of her former alter egos such as Jana, Janelle or the SBS lady. “If I did go back to sketch comedy, I’d like to start afresh and do a whole new batch of people,” she said. 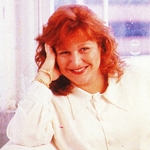 Vivian’s new Insight
SBS‘ new weekly current affairs show, Insight, is being described by its host as diverse. “Current affairs on TV tends to focus on the needs of a narrow few,” host Vivian Schenker (pictured) told TV Week. “That is one of the problems of commercial TV — there is a narrow mould that is acceptable. They seem to go to the same faces for comment. They are usually white, Anglo-Saxon males, and that’s not the face of Australia any more. I’m not trying to push the ethnic thing here, but cultural diversity in current affairs is vital.”

“From Film Australia, and made in recognition of the centenary of Australian films, Celluloid Heroes will screen (this week) on the ABC. Australia was a pioneer in the film industry, with 20 features in the can before 1911. It was 1912 before the giant we now know as Hollywood started to awake, but just 10 years later it would be producing 90 per cent of the films shown in Australia. Written and directed by Robert Francis and narrated by TV Week Logie Awards Hall of Fame inductee Bryan Brown, Celluloid Heroes contains a great deal of archival material which can only be described as remarkable. Diverse events such as Newhaven winning the 1896 Melbourne Cup and Australia becoming a federation on January 1, 1901, were captured on film which still exists. In this era, when movie budgets resemble telephone numbers and the leading companies are run by massive multi-national corporations, it is interesting to note that one of the major players in the early days of the Australian film industry was the Salvation Army. By 1905, in fact, the Salvos were the largest producers and exhibitors of movies in Australia.”

Sunday: The Rugby League Test (1pm, Nine) — Australia versus New Zealand — is live from the Sydney Football Stadium. AFL Sunday (1pm, Seven) includes Sydney versus St Kilda, live from Sydney, followed by Fremantle Dockers versus Melbourne, live from Perth. In Banjo Paterson’s The Man From Snowy River 2 (6.30pm, Nine), when Frank (Rodney Bell) changes the course of the river, the McGregors lose their water supply. Sunday night movies are Royce (Seven) and White Men Can’t Jump (Ten), up against the debut of two-part mini-series Children Of The Dust (Nine). Wimbledon (10.30pm, Nine) comes to an end with the Women’s Doubles Final and the Men’s Singles Final.

Monday: In Neighbours (6.30pm, Ten), Danni (Eliza Szonert) and Mal’s (Benjie McNair) new home changes from being a love-nest to a party house. In Home And Away (7pm, Seven), Shannon (Isla Fisher) visits the doctor who confirms her worst fears about anorexia.

Tuesday: In Neighbours (6.30pm, Ten), Jen (Alyce Platt) decides between Brook (Felix Nobis) and Phil (Ian Rawlings). In Blue Heelers (8.30pm, Seven), the brother of a missing five-year-old girl claims that they are both being beaten up by older kids because of their family’s religious beliefs. In GP (8.30pm, ABC), Julie’s (Denise Roberts) class reunion forces to examine her life and confront her loneliness. The Derryn Hinch special No Means No (9.30pm, Nine) looks at rape and the legal system.

Wednesday: In Home And Away (7pm, Seven), Irene (Lynne McGranger) goes over to tell Fisher (Norman Coburn) that Alf (Ray Meagher) has been charged. The debut of Film Australia documentary series Celluloid Heroes (8.30pm, ABC) looks at Australia’s fledgling film industry at the turn of the 20th century, concluding with the 1927 Royal Commission into the Australian Film Industry and the introduction of sound.

Thursday: In Home And Away (7pm, Seven), Nelson (Laurence Breuls) and Sally (Kate Ritchie) share a special moment on the beach; while Pippa’s (Debra Lawrance) father, Bert (Peter Collingwood), arrives out of the blue. In Police Rescue (8.30pm, ABC), a troubled young girl blames herself for her brother’s death.