How Sale sank the soaps!
It was meant to be the battle of the soaps — Seven‘s Home And Away versus Ten‘s new Echo Point — but the winner of the 7.00pm timeslot has been Sale Of The Century! Ten’s new effort has debuted to ratings that have failed to match the Roseanne reruns it had replaced, giving both Home And Away and Sale Of The Century a ratings boost. Questions are raised at Ten’s strategy of putting Echo Point up against the veteran Home And Away. “Please don’t ask me to explain the working of Channel Ten,” Des Monaghan, Seven’s director of production, told TV Week. “What they do is a complete mystery to me.” A spokesperson for Seven publicity said: “If you are going to put a new soap against an established soap, you want to be different. You don’t put up a pale copy. Echo Point is just a pale imitation of Home And Away.” But a spokesperson for Network Ten has defended its new series: “We program Network Ten for Network Ten, and Echo Point is right for our schedule. We are up against very tough opposition. But we have great faith in the show. It has excellent production values and strong drama qualities.” Industry sources have remarked that Echo Point‘s dismal launch almost mirrors that of another Network Ten disaster, Arcade, fifteen years earlier. Even dud Nine Network soaps Family And Friends and Paradise Beach got off to a better start. Paradise Beach got a stay of execution due to overseas sales, but Echo Point has yet to be sold anywhere. Producers Southern Star Xanadu are hoping to sell the show to foreign markets at the upcoming marketing festival in Cannes. Meanwhile, Seven has also denied it deliberately tried to bury Echo Point by having former Home And Away cast members return in the same week that Ten’s new show launched. “The stories are done months before,” Monaghan said. “We were just very pleased that Channel Ten decided to launch their show that week.”

Fire on the backburner
Production on a second series of the Seven Network‘s popular drama Fire has been postponed until November in the hope producers can secure Georgie Parker to reprise her role as Morgan Cartwright. “Nothing has been signed, but Georgie is indicating she’d rather pursue theatre work than film another series of Fire,” a Seven spokesperson told TV Week. “But, despite that, negotiations are continuing and they are confident they’ll get Georgie.” It does appear, however, that fellow co-star Peter Phelps will not be returning. “His return isn’t looking good,” the spokesperson said. Meanwhile, the series will be adding a second female character to join the team of firefighters and will also be adding two new male cast members to replace Aaron Jeffery, whose character was killed off, and Shane Feeney-Connor, whose character was revealed as the arsonist in the first series. Because of the delay in production the second series may not appear on screen until April next year. 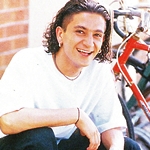 Sal to the rescue
Heartbreak High‘s Salvatore Coco (pictured) is joining the cast of ABC‘s Police Rescue for its upcoming fifth and final series. Coco will play Joseph Cardillo, described as “young, bright, energetic, optimistic, confident and charming”. It is actually Coco’s second appearance in the ABC drama. He had a guest role opposite Home And Away star Laura Vasquez in an earlier episode. 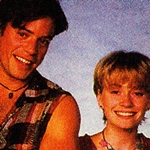 “At 7 o’clock weeknights, Echo Point (cast including Tom Long and Rebecca Murphy, pictured) has made the most disastrous start in the ratings that I can remember for any Australian soap… and there have been a few clangers. It must have been devastating for Network Ten and the makers of the series, Southern Star Xanadu, to have seen their opening week slide from worst possible scenario downwards. The programming of Echo Point remains a puzzle. That’s all I can say on that matter, really. It made no sense at the time, and I haven’t heard any explanation of it which has since made sense, either.”

Program Highlights (Melbourne, June 24-30):
Saturday: Beyond 2000 (5.30pm, Ten) features the latest way to insulate the home against aircraft noise and how teenagers learn safer driving with a 3D simulator. Gladiators (7.30pm, Seven) is up to its First Quarter Final. The Final of the Rugby World Cup (10pm, Ten) is live from Johannesburg. 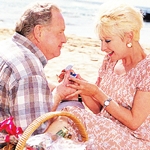 Wednesday: In Home And Away (7pm, Seven), Shane (Dieter Brummer) and Angel (Melissa George) are shocked to find that their house is up for sale.