Kimberley’s death threats
Being in such a high profile role, Neighbours star Kimberley Davies (pictured) could expect to receive some form of unwanted attention, but for the young star it has taken its toll on her social life. “Most people who approach me are lovely, but you do get the odd person calling out, ‘Slut’ or stupid things like, ‘You think you’re so good’,” she told TV Week. “As a result of all this, I just don’t go out anymore. You become a homebody.” Some of the attention comes in the form of threatening letters. One correspondent threatened to kill her. “That’s just lovely,” she said. “It is a bit of a worry that someone will take the trouble to write that they want to kill you.” She attributes some of this behaviour to certain media outlets that have painted her in a negative light. “The problem with people who write stories like these is that they just don’t care how the public sees you. It really upsets me. I don’t like being made to look like an airhead.” Although she is happy being in Neighbours, Davies does have an inkling to get back to study. “It’s three years since I’ve studied. I still love acting but I’m thinking that at some point I’d like to study physiotherapy part-time.” 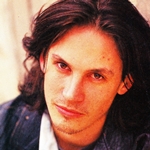 A matter of life or death
Actor Simon Bossell (pictured) has played an impressive array of roles in his relatively short career. Upcoming TV appearances include Singapore Sling and Cody telemovies and Police Rescue. But possibly his most controversial role will be in this week’s episode of GP, tackling the topic of euthanasia. “I’m playing a gay guy, HIV positive, whose boyfriend, Jeremy (Stuart Bennett), is more of a concern than he is,” Bossell told TV Week. “Jeremy discovers he has a lymphoma on the brain which means he doesn’t want to risk being non compos mentis ever again. He wants to finish his life.” The two-part storyline also marks the series exit of Dr Martin Dempsey (Damian Rice) from the Ross Street surgery.

John cops a TV daughter
Blue Heelers‘ John Wood gets to show a softer side to his character, Tom Croydon, with the return of Tom’s daughter Susan (Beth Buchanan). “The nicest thing about having Beth on the show for a few episodes is that it gives me, as an actor, the opportunity to relate to someone on a personal level, rather than ordering people around,” Wood told TV Week. Former Neighbours star Buchanan has been busy with theatre roles, with her only TV appearances being the few episodes of Blue Heelers last year and again now.

Real-life drama on ABC set
An explosion stunt during filming of ABC‘s Bordertown has seriously injured a production assistant. Despite crew being moved 100 metres away from the explosion site, a railway sleeper was thrown into the air and landed on an outside broadcast van, then fell and hit the assistant on the head. “Production was stopped, an ambulance called and she ended up having to have 20 stitches to her head,” an ABC spokesperson confirmed. 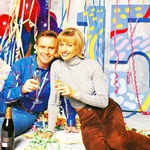 “Funny, farcical and often downright charming, The Vicar Of Dibley has been an instant hit for the ABC. With (Dawn) French’s old partner in crime, Jennifer Saunders, due back in AbFab towards the end of this month — also on a Monday night — things could be looking up at the start of the week for a little while to come. The bad news is that the new series of AbFab is almost definitely the last. The good news is that Dawn French, having completed The Vicar Of Dibley, is working on another series of Murder Most Horrid.”

Sunday: AFL Sunday (1pm, Seven) includes Sydney versus Essendon, live from Sydney, followed by Fremantle versus Carlton, live from Perth. In Heartbreak High (5.30pm, Ten), Southgate (Tony Martin) and Suzie (Belinda Giblin) call off their relationship. SBS begins 23 days’ coverage of the Tour de France, with a package of highlights each evening (6pm) and repeated late at night. Sunday night movies are Father Of The Bride (repeat, Seven), Assassin (Nine) and A Child Too Many (Ten).

Tuesday: In GP (8.30pm, ABC), Martin (Damian Rice) is under investigation following allegations by Jeremy’s (Stuart Bennett) sister after his death by euthanasia.

Wednesday: Kerri-Anne Kennerley is guest host of Bert Newton‘s Good Morning Australia (9am, Ten). In Echo Point (6pm, Ten), Hopper (David Woodley) and Coral’s (Roxane Wilson) romance is nipped in the bud when an old girlfriend arrives. In Home And Away (7pm, Seven), Angel (Melissa George) and Shane (Dieter Brummer) buy their house. The special Peter Allen — The Boy From Oz (8.30pm, ABC) traces the career of the late Peter Allen, from his beginnings at a bush pub at age 11.