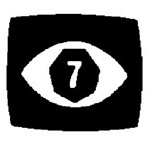 The national shutdown of the analogue signal reaches its next stop — Perth — today (Tuesday).

With a market population of 1,926,000 (source: OzTAM), Perth is the largest capital city to date to lose analogue television.

In the latest Digital Ready survey, covering the period January to March 2013, it was estimated that around 91 per cent of Perth households have already converted at least their main TV set to digital. 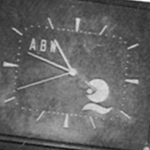 The closure of the analogue signal brings to an end over 53 years of analogue television broadcast in Perth.  The city’s first station, TVW7, commenced official operation in October 1959 — followed by ABC‘s local station, ABW2, in May 1960.

Being the only commercial channel in Perth for its first six years, TVW7 enjoyed market domination and used that time to build up a strong rapport with the local community — something that continues to this day..

Perth’s second commercial channel STW9 did not launch until June 1965.  To avoid the cost of tying themselves to east coast networks, TVW7 and STW9 set up their own program-buying cartel — leaving them effectively independent of any network and therefore able to prevent the networks from hiking up program costs.  The arrangement, plus the absence of a third commercial channel, led to some unique programming when compared to the eastern states capitals as programs were bought by the joint venture and distributed between the two channels, sometimes decided by the mere toss of a coin.

Despite the duopoly between TVW7 and STW9, the former continued to dominate as it not only had its share of programs bought under the joint venture but also had the benefit of a stockpile of new and repeat programs that it had accrued during the previous years. 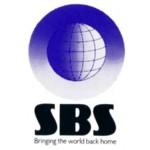 By the late 1970s STW9 had taken the rogue step of affiliating itself to the Nine Network while TVW7 continued largely as an independent but by default ended up carrying predominantly programming sourced from the Seven and 0-10 networks over east — although STW9’s affiliation status did not prevent it purchasing programs from outside the Nine Network, as it sometimes did.

In another TV quirk compared to the east coast, Perth’s next channel was not a commercial channel but rather the second national broadcaster SBS, commencing in March 1986 and marking the completion of the network’s roll-out to each state capital city. 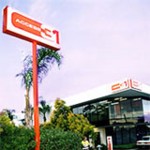 Community TV channel Access 31 (pictured) was launched in 1999 but wound up in 2008 due to the withdrawal of financial support and falling audiences as a result of the Government’s inaction in migrating the community TV channels to digital.

Access 31 was later replaced by a new community channel, WTV, launched exclusively in digital in 2010.

The next analogue shutdown will be in Brisbane, including the Gold Coast and Sunshine Coast, on 28 May.