The phase out of analogue television across the country continues, with Tasmania becoming digital-only as of today, bringing to an end over 50 years of analogue television in the state. The shutdown will affect statewide transmissions of ABC1, Southern Cross Television (TNT), WIN (TVT) and SBS1 — although some localities have already made the full switch …

END_OF_DOCUMENT_TOKEN_TO_BE_REPLACED

Permanent link to this article: https://televisionau.com/2013/04/tasmania-turns-off-analogue-today.html 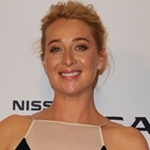 END_OF_DOCUMENT_TOKEN_TO_BE_REPLACED

Permanent link to this article: https://televisionau.com/2013/04/the-55th-tv-week-logie-awards.html