Neighbours star Kylie Minogue created Logies history on the night of the 30th annual TV Week Logie Awards, held at Melbourne’s Hyatt On Collins on Friday, 11 March 1988. The 19-year-old became the first person to claim four Logie trophies on the one night — including the Gold Logie for Most Popular Personality on Australian …

END_OF_DOCUMENT_TOKEN_TO_BE_REPLACED 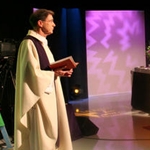 In the history of television there are some titles we instantly recall as being survivors — Four Corners, Play School, Neighbours and Home And Away, to name a few. But there is one program that is often omitted from the history books — Mass For You At Home. The weekly Mass has featured on the …

END_OF_DOCUMENT_TOKEN_TO_BE_REPLACED

Permanent link to this article: https://televisionau.com/2013/04/mass-for-you-at-a-new-home.html

At 9.00am on Tuesday 2 April all analogue television signals in Adelaide were switched off. The end of over 50 years of analogue television went largely without incident — the news story that went to air on Ten News that evening showed that as far as Ten was concerned everything went smoothly out at the …

END_OF_DOCUMENT_TOKEN_TO_BE_REPLACED

Permanent link to this article: https://televisionau.com/2013/04/adelaides-smashing-farewell-to-analogue.html