Home or Away?
Former Home And Away star Rebekah Elmaloglou (pictured) now appears unlikely to settle in the UK after a recent stint on the pantomime circuit.  “I got very homesick,” she said.  “I prefer living in Australia.”  The young star is looking at acting opportunities in Australia but is not keen to rush back into a long-term series.  “I wouldn’t do a long-running show again.  It was great experience but now I’d like to do film, a telemovie or mini-series,” she said.

Time runs out for Tracey
The Nine and Seven networks have got caught up in a legal battle over the services of journalist Tracey Curro.  In January, Curro was offered TV journalism’s ultimate goal — a reporting gig on 60 Minutes, replacing Jennifer Byrne who had made the sudden decision to leave the program.  The lawyers got involved when it became known that Curro is still contracted to Seven’s Beyond 2000 until August — but 60 Minutes‘ producer John Westacott has said that the vacancy may not be available for that long.  In Sydney’s Supreme Court, Seven and producers Beyond were granted an injunction preventing Curro starting at Nine.  Nine has appealed the decision and is waiting an outcome.  “Tracey has been caught up in what is a muscle-flexing exercise by Nine and Seven,” Westacott told TV Week.  “Seven aren’t monsters and neither are Nine.  If Seven wanted to prove a point, well they’ve proved it.  It’s now time to consider Tracey.”  Beyond 2000 producer Peter Abbott says there is no animosity towards Curro.  “I only hope she can steer through this to a long and successful career,” he said.  “Personally, I bear her no animosity, but I have a show to think of.” 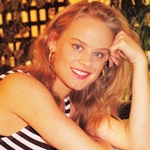 Acting gets under Nadine’s skin
Award-winning actress Nadine Garner (pictured) was ready to give up acting a year ago, frustrated by the constant battle for work, but since a guest role in the second series of Phoenix she has reconsidered her position.  “Acting is something I enjoy.  I don’t think I can walk away … it’s too important to me,” she told TV Week.  The 22-year-old has since scored a role in the upcoming film Speed, from the producers of Romper Stomper, and a part in the SBS series Under The Skin.

“The Nine Network is certainly wasting no time putting to air its new Australian drama Law Of The Land.  It is due to have its premiere with a two-hour episode at 8.30pm (on Tuesday) and will go into a 9.30pm slot after that, but only the first hour of the show had been completed in time for me to review.  Following the disaster of RFDS, Nine really needs this one to work.  It’s pleasant enough without being a real grabber, but I’ll give it a chance.” 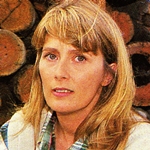 Tuesday:  In All Together Now (8pm, Nine), Thomas (Steven Jacobs) annoys everyone with his practical jokes and they plan to get back at him.  New series Law Of The Land debuts (8.30pm, Nine) — telling the story of a young lawyer who leaves a city practice to become a country town magistrate, starring David Roberts, Lisa Hensley, Debbie Byrne (pictured) and Richard Moir.  The one-hour special Fast Forward — Exposed (9.30pm, Seven) features cast members of the sketch comedy series presenting their favourite sketches and showing how some of the show’s tricks were done.

Saturday:  In Beyond 2000 (7.30pm, Seven), Tracey Curro reports on military night vision goggles, and Andrew Waterworth takes a leap into the future at Tokyo University, where research is being made into the possibility of self-maintained machines.