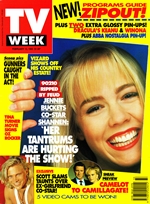 ‘From our pain comes the shame’
In the lead-up to ABC‘s screening of docu-drama Joh’s Jury, based on the frustrated jury who failed to reach a verdict in the perjury trial of former Queensland Premier Sir Joh Bjelke-Petersen, one of the jurors has spoken to TV Week of the controversial trial.  Nineteen-year-old Matthew (played by Simon Bossell in the telemovie) was the youngest of the 12 person jury.  “The details are a little vague and things come and go from your mind, but I won’t forget what happened — that’s for sure,” he told TV Week.  “There is pain, but it’s going.  I guess it will always be there.  It’s based on shame and guilt.  I guess it’s something within yourself when you think you’ve failed, and for some reason we all had it.”  Joh’s Jury stars Gerry Connolly as the former Premier, with the jury played by Bossell,  Penny Cook, Malcolm Kennard, Noah Taylor, John Sheerin,  Norman Yemm, Rebecca Rigg, John Jarratt, Betty Lucas, Elaine Hudson, Julie Hamilton and John Howard. 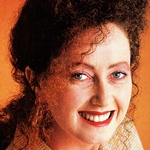 Look who’s back in the valley!
Three years after leaving A Country Practice, Di Smith (pictured) has agreed to make a return guest appearance in the series.  “I was approached a few months ago about the idea of returning,” she told TV Week.  “I said at the time, ‘Why not? That would be fantastic’.  ACP was really good to me and I loved my time in the show.  While I do not plan to return to ACP permanently, I would like to do more television.”  Viewers will also see Smith on screen later in the year in the Seven Network children’s series Butterfly Island, which has already been filmed.

Fatty and Batty
Cricketer Simon O’Donnell and ex-rugby league star Paul “Fatty” Vautin have become an unlikely comic hit with viewers of Midday With Ray Martin since being paired up two years ago by former producer Gary Burns for a regular sports segment.  Their weekly appearance sees ratings spike every Friday.  “I think we get on so well because we are very down-to-earth blokes,” O’Donnell told TV Week.  “We don’t mind the mickey being taken out of us, and we can laugh at ourselves.”

Chrissie Camp:  The View From Here

“It’s hardly surprising that Australian networks are keen to create their own little 90210.  We may not have Beverly Hills, but hey, how about the Gold Coast.  In a major undertaking, Village Roadshow has joined with the Nine Network to produce a daily half-hour drama titled Paradise Beach.  This is a place where “teenagers from everywhere converge to cut loose, find the perfect wave and fall hopelessly in love”.” 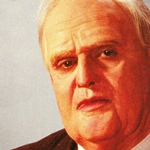 Tuesday:  In All Together Now (8.00pm, Nine), Thomas (Steven Jacobs) auditions for a lead role in the school play.  In A Country Practice (7.30pm, Seven), Mary Theocharous (Natalie Morkos) rejects her baby until her sister Helena (Deborah Galanos) makes a startling revelation.   The Australian version of Inside Edition (9.30pm, Ten), hosted by Peter Luck, returns for the new year.  Joh’s Jury, the dramatisation of the 1991 trial of former Queensland Premier Sir Joh Bjelke-Petersen (played by Gerry Connolly, pictured), screens on ABC, followed by the series return of viewer feedback program Backchat.

Thursday:  In RFDS (7.30pm, Nine), Jordan Day (Simon Woodward), a Sydney reporter, arrives in Broken Hill to do a story on the RFDS, but Penny (Sophie Lee) has trouble motivating the team to co-operate in an effort to lift the service’s image.  In E Street (7.30pm, Ten), Sam (Simon Denny) convinces the girls that Max (Bruce Samazan) is turning into a werewolf.

Friday:  In The Great Outdoors (7.30pm, Seven), Bridget Adams travels through the Mary River wetlands in the Northern Territory, and Sofie Formica and Kirsty Marshall check out bargains at the Queen Victoria Market in Melbourne.

Saturday:  Nine crosses to the Sydney Cricket Ground for the Final of the Mercantile Mutual Cup (9.50am to 1.30pm, then 2.00pm to 6.00pm).  In Beyond 2000 (7.30pm, Seven), Amanda Keller shows how fighter pilot technology is helping Formula One drivers.  The AFL Foster’s Cup (8.30pm, Seven) features St Kilda versus West Coast Eagles, live from Waverley Park.