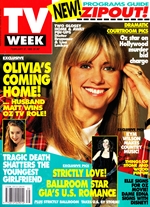 Olivia’s coming home! After having what she calls ‘the worst year of my life’, Olivia Newton-John (pictured), husband Matt Lattanzi and seven-year-old daughter Chloe are coming to live in Australia.  Newton-John is recovering from breast cancer surgery and chemotherapy which happened at around the same time as the death of her father, Professor Brinley Newton-John, …