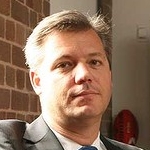 Only fourteen months after stepping into the role of Network Ten CEO, James Warburton (pictured) has been stood down by Ten’s Board of Directors, effective immediately. Warburton was a senior executive at the Seven Network before being recruited in 2011 by Ten Network chairman, and acting CEO, Lachlan Murdoch. Warburton’s transition from Seven to Ten was marred by legal action …

END_OF_DOCUMENT_TOKEN_TO_BE_REPLACED

Permanent link to this article: https://televisionau.com/2013/02/ten-dumps-ceo-james-warburton.html