Back to the back of beyond
Actor John Hargreaves, starring in the ABC mini-series The Leaving Of Liverpool, found himself on a sentimental journey when production of the series took him to the small town of Merrygoen.  Just a few kilometres north is the town of Mendoorin where, as a 19-year-old, Hargreaves arrived to take up a post as a school teacher.  The Leaving Of Liverpool, telling the story of Britain’s child migrants who were shipped off to Australia after World War II, marks Hargreaves’ return to Australia after living and working in Paris for several years. 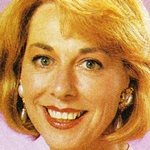 Chances loses parental guidance
Two more of Chances’ original cast are now to be written out.  John Sheerin and Brenda Addie (pictured), who played the parents in the Taylor family,  will finish in the series over the next few months.  Their departure virtually marks the erasure of the family unit who were at the centre of the show’s original premise — a family who win the lotto — with only Alex Taylor (Jeremy Sims) remaining.

On her bike!
Actress Justine Clarke, who has starred in Home And Away, Family And Friends, Golden Fiddles, Come In Spinner and as Cameron Daddo‘s childhood sweetheart in the upcoming Seven Network mini-series Tracks Of Glory, says it is unlikely she’ll be seen on television again.   “I’d never do another series again and I couldn’t see myself doing television again at all, unless it was something incredibly good,” she told TV Week.  Clarke, who has just returned from the United Kingdom where she was starring in a Home And Away musical, is now preparing for her next role in The Murderer at Queensland’s Karmac Theatre. 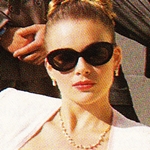 The gang’s all here!
Network Ten series E Street has gone from serial killer Mr Bad (Vince Martin) to a mob of gangsters as it aims to boost its ratings.  The 12-week storyline also leads to some of the raciest sex scenes to have been depicted in the series, including a violently passionate scene between Jack Brown (Andrew Williams) and gangster’s moll Melanie (Pippa Grandison, pictured).  “It was meant to be a lot racier than what you’ll see on screen,” Grandison told TV Week.  “You can only go so far in a 7.30pm timeslot.” 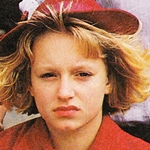 Lawrie Masterson: The View From Here
“No matter how brilliant or otherwise the mini-series The Leaving Of Liverpool turned out to be, it was always going to be a tough one for the ABC to sell to the viewing public.  Its subject matter is unpalatable and frequently grim.  It has some fine actors, but none with the mass appeal available with two previous mini-series triumphs, Come In Spinner and Brides Of Christ.  The leading roles in The Leaving Of Liverpool are played, in fact, by two previously unknown teenagers (Kevin Jones and Christine Tremarco, pictured) from that somewhat dank city on England’s River Mersey.  From a television consumer’s point of view, The Leaving Of Liverpool is an arduous task for several reasons — the narrative leaves one almost always uncomfortable, sometimes even slightly repulsed; the accents of the two young principals create such difficulties aurally that I seriously question whether subtitles might have been considered; and, towards its conclusion, the story appears to veer slightly out of control.”

Program Highlights (Melbourne, July 5-11):
Sunday:  Ten presents its annual Deafness Appealathon, starting at midday with Bert Newton and continuing during program breaks throughout the afternoon.  SBS begins two weeks of coverage of the world’s premier bike race, the Tour de France, with half-hour highlights packages every night at 6.00pm.  Sunday night movies are Delta Force 2 (Ten) and the German film Men (SBS) up against the debut of mini-series Tracks Of Glory (Seven) and Intruders (Nine).  Nine then crosses to London for the Men’s Singles Final of Wimbledon.

Monday:  In A Country Practice (Seven), on what would have been their wedding anniversary, Frank (Brian Wenzel) bares more than his soul when he obey’s Shirley’s (Lorrae Desmond) last instructions.

Thursday:  In Bligh (Seven), the Colony’s Secret Service uncovers a foul plot to assassinate Governor Bligh (Michael Veitch).  Disguised as a convict prisoner, Bligh is held safely in jail while convict Griffin (Jimeoin) is made to pose as Bligh in case the assassin should strike.  ABC screens the conclusion to The Leaving Of Liverpool.

Saturday:  ABC presents a direct coverage of Puccini’s opera Tosca from the Church of Sant’Andrea della Valle, Rome — starting with Act One at 8.30pm and then Act Two at 4.15am (interrupting Rage), with Act Three shown during Sunday.