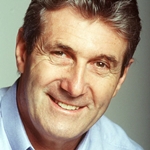 Harry M Miller, celebrity agent, producer and publicist, has died peacefully at the age of 84.

He was the prolific celebrity agent, managing the careers of some of Australia’s highest profile talent including Graham Kennedy, Barry Humphries, Maggie Tabberer and, at the other end of the scale, Big Brother contestants.

Kennedy’s association with Miller came to an abrupt end after 20 years in 1989, with Kennedy famously firing him by fax. Miller took Kennedy to court, and lost.

Miller retired in 2009 amid failing health and was diagnosed with dementia in 2011.

Harry M Miller is survived by five children and his partner Simmone Logue.

Permanent link to this article: https://televisionau.com/2018/07/obituary-harry-m-miller.html