50 years in the Darling Downs Emily’s secret London wedding
While Emily Symons‘ Home And Away character Marilyn is getting engaged in episodes to air this month, Symons is in London planning her own wedding to fiance Nicholas Lipscombe.  The pair met in 1990 when Symons (pictured) was in the UK working in a pantomime.  “When I met him, I was not looking for a relationship,” she told TV Week.  “Nick and I sort of became friends.  It started to develop… of course, on the last couple of days of the show!  I spent the last week in London with him.”  Marilyn’s engagement to Phil Bryant (Vince Martin, last seen as E Street‘s “Mr Bad” serial killer) leads to her departure from the series after three years.  “I joined Home And Away when I was 19 and I’ve learned so much as a person and an actress,” she said.

Sex? It’s all in a day’s work!
As a reporter for the Nine Network‘s controversial Sex program, Darren McDonald has had to push aside any inhibitions he had about the topic but it has made him more aware of issues such as safe sex.  “I went through to the age of 22 or 23 before I knew anyone who was HIV positive… I thought I was immune, it couldn’t happen to me,” he told TV Week.  “All of a sudden I’ve realised I’m a member of a sexual society and I’m a target.”  McDonald admits that there was some discomfort in informing his mother of his new job.  “When I first got the job I rang mum and said, ‘Are you sitting down because I’ve got a new show to do and it’s called Sex‘.  There was this 10-second silence before she answered, ‘Yes, that would be right up your alley, darling’.” 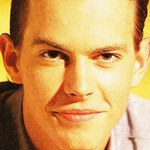 Kristian crashes out of Neighbours
Neighbours producers have killed off one of their most popular characters in a bid to boost ratings.  Kristian Schmid (pictured) has quit the series after playing the role of Todd Landers for almost five years — and producers have given Todd a dramatic exit by having him struck down in a car accident.  “I’m pleased they have given Todd an exciting ending, instead of sending him off to Brisbane, or something like that.  It’s a good way to go out,” Schmid told TV Week.  Todd’s demise is only the fourth in Neighbours‘ seven-year history, with Daphne Clarke (Elaine Smith), Kerry Bishop (Linda Hartley) and her father Harold Bishop (Ian Smith) also terminally written out. 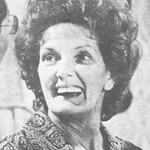 Lawrie Masterson: The View From Here
“Forget whether Queen Elizabeth II or Caroline Chisholm or even Joan Child should be on our $5 note.  Let’s make a stand now.  Come out into the streets with me and demonstrate:  Who do we want on the $5 note? TV stars!  When do we want ’em?  Now!  If we can’t see any money being spent on TV — and at the moment we can’t — then let’s see some TV on the money we spend, if you follow my drift.  Because it has to be a woman on the fiver, why not someone such as the late Pat McDonald (pictured)?  The TV Week Gold Logie-winning actress, who sadly passed away in 1990, was a stalwart of one of the most controversial Australian soaps, Number 96.  Or maybe we could have Rowena Wallace as her Sons And Daughters character Patricia “Pat The Rat” Hamilton, a role hailed as one of the best written for a woman in an Australian soap.  What about Kylie Minogue from her early days in Neighbours?  Originally, her character Charlene Mitchell was a mechanic, remember?  We could stare at an overall-clad Charlene and reminisce about the motor industry (remember that?).” 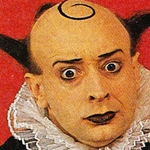