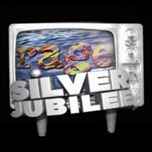 Next week it will be quarter of a century since ABC launched its first venture into all-night transmission with the debut of music video program Rage.

Debuting on Friday night, 17 April 1987, Rage was part of the generational change in the programming of popular music on television.  Studio-based programs like Countdown and Sounds were on the way out, while the influence of US cable channel MTV was making itself felt in Australia with Rage joining an Australian version of MTV (which debuted on Nine the previous night) and Network Ten programs Night Shift and Video Hits – all launched within months of each other.  With Video Hits ending last year, Rage is now the longest-running music video show ever on Australian television.

In celebrating the 25 year milestone for Rage, Tim Rogers will be presenting Maintain The Rage – highlights of the program’s history including some of the many artists that have guest hosted and programmed Rage over the years, as well as presenting some of the standout music videos to have been featured on the show.

At the same time, viewers will be asked to hold their own all-night parties for the occasion and to submit their own party photos and videos to Rage via Facebook or Twitter.  The party judged the best will win a piece of Rage history – the iconic red couch that has featured in the show.

In the meantime, Rage is also inviting fans to submit (via Twitter with the tag #screamwithrage) their own take on the iconic Rage scream which has featured in the show’s opening titles since 1987:

The most-watched, biggest and loudest Rage screams will be included in the Maintain The Rage special.