Trisha Noble, one of Australia’s first teenage pop stars in the 1960s, has died at the age of 76.

Born Patricia Ann Ruth Noble to showbiz parents, comedian Buster Noble and dancer Helen de Paul, she made her stage debut at the age of two. 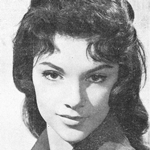 But it was as a teenager that Patsy Ann, as she was then, caught the attention of promoter Lee Gordon. She then became a support act for touring pop star Ricky Nelson, and appeared on The Bobby Limb Show. She was then signed up as a regular performer on the pop music show Bandstand. In 1962, she won a TV Week Logie Award for Best Female Singer. Her career then took her to the United Kingdom, where she continued recording and appeared on various variety shows. She made her acting debut in the film Death Is A Woman. She then became known as Trisha Noble and moved to the US, performing a season in Las Vegas but was better known there for her acting roles, appearing on various American series including The Courtship Of Eddie’s Father, Baretta, Columbo, Matt Helm, The Mary Tyler Moore Show, McMillan And Wife, James At 15, Fantasy Island, Buck Rogers In The 25th Century, The Love Boat, Executive Suite and Flamingo Road.

With her father in ill health, Noble returned to Australia in the early 1980s and starred in the Nine Network telemovie Body Business. She later appeared in Water Rats and All Saints and in the film Star Wars: Episode III – Revenge of the Sith. She also appeared in a number of stage productions, including Shout! and Ladies In Black.

Permanent link to this article: https://televisionau.com/2021/02/obituary-trisha-noble.html