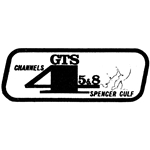 This week has marked the 50th anniversary of the launch of South Australian regional station GTS4.

Spencer Gulf Telecasters was awarded a licence to operate the commercial channel for the Spencer Gulf North region in 1967 — providing a local competitor to national broadcaster ABC, which had been in the area for two years already. 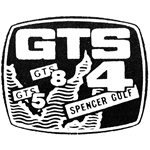 GTS4 commenced operation on 1 March 1968. Its coverage was later expanded with the addition of relay stations in Cowell (GTS8) and Port Lincoln (GTS5) and, in 1974, Spencer Gulf Telecasters completed a takeover of Broken Hill station BKN7. Since then both GTS and BKN have broadcast a common schedule. In the early-’90s, both stations became part of the Central Television Network sales alliance, with other South Australian regional stations and Alice Springs-based Imparja.

By the turn of the century, Central GTS-BKN, as it became known, featured predominantly a Seven Network schedule with some contributions from the other networks. In 2003, GTS-BKN which by then was owned by the Southern Cross Broadcasting group, was assigned a secondary television licence, permitting it to operate a second signal in its local coverage areas. It chose to align GTS-BKN as a solely Seven-fed outlet, and launched its second service as a Ten Network relay, Southern Cross Ten. The advent of digital television then saw an extra channel launch as a Nine Network outlet as a digital-only service.

Analogue television signals were switched off in 2010.

The original GTS-BKN stations are now Southern Cross GTS-BKN and continue to this day in their respective coverage areas as the only commercial TV operator. The channels provide local relays of all three capital city networks and associated multi-channels — providing its coverage area of around 131,000 viewers with a total of nine commercial channels.

The station still produces a local news service, Southern Cross News, with reporters based locally and presented from the network’s centralised production facility in Canberra. Permanent link to this article: https://televisionau.com/2018/03/southern-cross-gts-bkn-turns-50.html