Vice is coming to SBS2 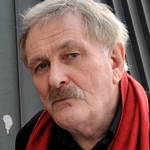 Acclaimed Australian filmmaker Paul Cox has died at the age of 76.

Although most of his work related to films, with titles including Kostas, Man Of Flowers, A Woman’s Tale and Innocence, Cox also made a contribution to television.

Cox also directed the docu-drama Handle With Care, a production for the Ten Network that won a TV Week Logie Award in 1987 for Most Outstanding Single Documentary Or Mini-Series. The telemovie, which starred Anna Maria Monticelli and Monica Maughan, followed the story of two women diagnosed with breast cancer and followed the progress of their respective treatments.

Cox’s last film, Force Of Destiny, was loosely based on his own cancer battle before an 11th-hour liver transplant in 2009 saved him from death. Last year he told The Guardian that the cancer later returned and got into his new liver.

Permanent link to this article: https://televisionau.com/2016/06/obituary-paul-cox.html