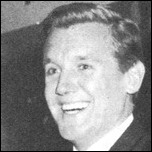 Digby Wolfe, one of Australia’s first national variety stars, has died in the US after a short battle with cancer.

Born in 1929, Wolfe was a star of British film and television, working with comic talents such as Hattie Jacques and Ronnie Corbett, before coming to Australia in 1959.

He became popular as the host of the variety show Revue ‘61 (later Revue ‘62).  The weekly series, from Sydney’s ATN7 and produced in association with the Music Corporation of America (MCA), is reported to have been the first Australian television production sold to an overseas network (Canada’s CTV) for prime-time screening.

Revue ‘62 was abruptly axed mid-year, with Wolfe moving into radio as host of a daytime program, Wolfe At The Door, syndicated across Australia through the Macquarie radio network.

His next stop was to the US where he featured in a string of shows including I Dream Of Jeannie, The Monkees, Love On A Rooftop, That Girl and The Munsters, and was a writer for the iconic sketch comedy series Rowan And Martin’s Laugh-In. 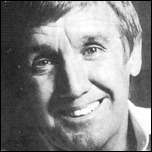 Wolfe returned to Australia in the mid-1970s and was announced as Mike Willesee’s replacement as host of This Is Your Life in 1976.  He was also intended to produce a sitcom and a big-budget variety series for the Seven Network and, in partnership with ATN7, set up the Creative Development Centre, a non-profit venture to train and develop Australian television writers and producers.  Unfortunately his return to Australia only lasted a few months as he was to make a sudden return to the US when a family member fell ill.

He had spent the last decade working as a lecturer, and later a professor, in dramatic writing at The University of New Mexico.

He died in Albuquerque, New Mexico on Thursday.

Digby Wolfe is survived by a sister.

Permanent link to this article: https://televisionau.com/2012/05/obituary-digby-wolfe.html