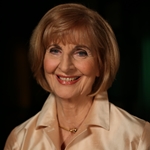 Caroline Jones, a veteran of over 50 years at ABC television and radio, died last week following a fall at her Sydney home. She was 84.

Raised in the NSW country town of Murrurundi, Jones first joined ABC in Canberra in 1963 as an announcer and the following year became host of magazine program Canberra Week. She joined the national current affairs program This Day Tonight in 1967 as a Canberra-based reporter before moving to Sydney. When host Bill Peach would take leave or be away on assignment, Jones would be his replacement.

One of her last stories for This Day Tonight was a two-part report on poverty. The special report earned Jones a TV Week Logie Award in 1973 for Outstanding Contribution To TV Journalism.

In 1973 she became the first female host of Four Corners, a role she held for almost a decade. During this time she was twice (in 1977 and 1980) awarded the Gold Sammy as Australia’s top female television personality. Jones also presented morning radio for ABC in Sydney and for eight years hosted the Radio National program The Search For Meaning. 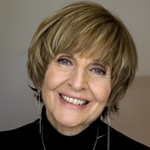 The Search For Meaning later provided an inspiration for a new biographical documentary series, Australian Story, with Jones hosting the program. Since its debut in 1996, Australian Story has covered the often-unique stories of a diverse range of Australians from their own perspective.

She left Australian Story on her retirement in 2016.

She was made an Officer of the Order of Australia (AO) in 1988 for services to the media.

Jones was married and divorced early in her adult life and chose not have children.

Permanent link to this article: https://televisionau.com/2022/05/obituary-caroline-jones.html