It is 30 years ago since the mini-series Brides Of Christ debuted on ABC. 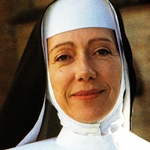 Debuting on 4 September 1991 and screening twice a week over three weeks, each episode focused on a different character as they are caught up in the clash between the traditional disciplines and values of the church and the social upheaval in the wider community. Produced at a cost of $6.2 million and in partnership with Channel 4 in the United Kingdom and RTÉ in Ireland, Brides Of Christ was a ratings hit for ABC — earning the network its highest ratings ever for a drama series. It was also broadcast on the A&E cable network in the United States.

ABC re-run the series in November 1992, and Network Ten screened it again over three nights in October 1993, before it returned to ABC for another run in January 1997. It was released on DVD and was more recently available on ABC iView. Permanent link to this article: https://televisionau.com/2021/09/brides-of-christ-turns-30.html