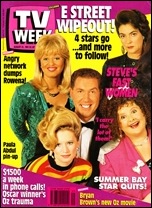 Steve’s fast women!
Ask Steve Vizard about “his girls”, Fast Forward comediennes Gina Riley, Marg Downey, Magda Szubanski and Jane Turner (pictured as their Fast Forward alter egos Kerri-Anne Kennel, the SBS lady, Pixie Anne Wheatley and Sveta), and all you’ll hear is praise… well, almost.  “Frankly, if I can come clean, I carry the lot of them.  I’m the talent,” he says, with the trademark Vizard modesty.  “Take away their incredible acting ability, their comedic skills, their looks and their personalities, and they’re nothing… these girls are nothing!” 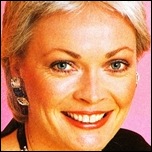 Angry network dumps Rowena!
Gold Logie winner Rowena Wallace (pictured) has sparked a furore with the producers of Home And Away after making comments to a newspaper that derided her upcoming role in the Seven Network soap.  Wallace, who won the Gold Logie for her role as nasty Patricia Hamilton in Sons And Daughters, was cast to play Julia Bowman, the mother of a young girl dying of leukaemia in a storyline to air on Home And Away early next year.  But in a story published by Sydney’s Telegraph Mirror, Wallace was less than enthused about the role.  “I’m playing somebody’s mother.  It doesn’t really matter whose mother, does it?  She’s dying of leukaemia and I’m there crying a lot, I suppose.  I can see it now,” she told the paper.  “But I’m doing Home And Away for the money.  It’s a nice little earner until Christmas, and then I can go off and do the World Vision thing, you see.”  Although there is a signed contract for Wallace’s upcoming role, Seven has advised her management that her services are no longer required and the two parties are currently negotiating an outcome.  But a spokesperson for Seven has told TV Week, “the role is being re-cast and Rowena will not be doing it.” 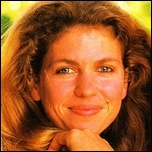 E Street wipeout!
A major cast upheaval is headed for Network Ten’s E Street – with four cast members being written out, two former cast members returning, and question marks over three others.  By the end of the year cast members Joan Sydney, Graham Harvey, Julieanne Newbould (pictured) and teenager Daniel Knight will be gone.  Producer Forrest Redlich is currently negotiating with Marcus Graham, Alyssa-Jane Cook and Kate Raison, whose contracts are up for renewal.  “It’s a pretty good bet Marcus will be out.  I’m talking to him about another project,” Redlich told TV Week.  “If Marcus, Kate and A-J go, they’ll be on air until March.”  Meanwhile, Vic Rooney and Kelley Abbey will return to the series, and Diane Craig will take over the role of Dr Elly Fielding from former cast member Penny Cook. 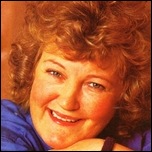 Briefly…
Irish actress Brenda Fricker (pictured) has told TV Week that she was on the verge of collapse while filming the ABC mini-series Brides Of Christ, with long hours in a nun’s habit in temperatures of up to 40 degrees.  “The heat killed me and with the humidity I just couldn’t breathe,” she said.  “I don’t like heat and four months was too long away from home.  Although they did everything to make me feel at home at the place I was staying, it wasn’t home.  I also got very ill.  I went to a doctor and he said I was suffering from chronic fatigue.  He said that I needed a long break.  He said I would probably ignore his advice but, if I did, I would end up in hospital.” 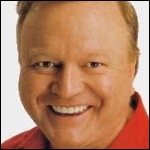 Bert Newton and John Blackman have spoken to TV Week about what has been a frustrating year for both of them in terms of radio.  It is a year since Blackman and Wilbur Wilde were dumped from 3UZ’s breakfast program, and Newton (pictured) has reflected on a year that saw his failed attempt to launch an entertainment-based format on 3AK as well as an unsuccessful bid for the licence of 3XY.  “Radio is dead for me in this town at present,” Newton said.  “I’ve done my best to pick it up, but I feel I have run my race.”  Meanwhile, Blackman has had some discussions with KZFM but not confident of any return to radio in the short term.  “The phone is still deadly silent,” he said.  “Radio’s the thing that’s in my blood, and it’s terribly frustrating for me not to be a part of it.” 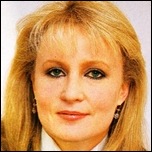 Kate Fitzpatrick (pictured) is soon to make a guest appearance in Nine’s Chances as a former brothel madam involved in the untimely death of a prominent figure.  “She’s a great character and introducing guest stars is a good way for the show to go,” she said.

John Laws says…
”The idea of ‘resting’ from his late-night show and installing temporary replacements is something Steve Vizard has perfected this year.  The star of Seven’s Tonight Live is sometimes missing from the limelight and replaced by various personalities, some of whom have appeared before as his guests.  Vizard’s recent stand-in host, the British comedian and comedy writer Ben Elton, made such a marvellous fist of the job that I dare say there were many viewers wishing he could be around all year.”

Sunday:  Sunday night movies are The Name Of The Rose (Seven) and Old Gringo (Nine) up against Ten’s re-run of mini-series Come In Spinner, a series originally aired on ABC.

Monday:  In Col’n Carpenter (Ten), Colin (Kim Gyngell) is jailed for a crime he didn’t commit and fights to prove his innocence.  In A Country Practice (Seven), Kate (Michelle Pettigrove) is caught in the middle of old rivalries between Harry (Andrew Blackman) and his brother Rick (John Adam). 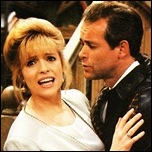 Tuesday:  Gary Sweet (pictured with Rebecca Gibney) guest stars in All Together Now (Nine), playing the role of a sleazy fashion buyer.  Beyond 2000 (Seven) reports on the controversial abortion drug RU486, and a device which could enable us to control our dreams.  Henri Szeps and Miles Buchanan guest star in GP (ABC).

Wednesday:  ABC debuts mini-series Brides Of Christ, a six-part series set in Australia during a decade of radical upheaval in our society and in the Catholic Church, starring Josephine Byrnes, Kym Wilson, Lisa Hensley, Brenda Fricker and Naomi Watts.

Thursday:  In The Flying Doctors (Nine), rumours are sparked in Coopers Crossing when Guy (David Reyne) and Jackie (Nikki Coghill) spend the night alone after being stranded in a desolate Outback hut.