Here comes the bride… twice!
A Country Practice comes to the end of the 1992 season with a wedding between town vet Anna Lacey (Anne Looby) and Sgt Tom Newman (Jon Concannon).  In typical soap wedding style, not everything goes to plan.  Anna’s mother Barbara (Olivia Hamnett) arrives in town and doesn’t approve of Tom.  She also reveals some heartbreaking news that Anna could be a carrier of a congenital disease — leading to Tom and Anna considering calling the wedding off.  However the wedding does proceed, but the newlyweds later discover that it isn’t legal — so they end up getting married ‘again’ in a smaller, church wedding the next day.

Beverly Hills 3000?
The popularity of US teen series Beverly Hills 90210 has led to Network Ten commissioning a new 26-part series, City High.  The new Melbourne-based series, set in the drama department of a performing arts college, boasts a cast of 34 actors.  Executive producer David Armstrong will also appear in the series as a gay drama teacher whose partner is to be played by Ken James (Skippy The Bush Kangaroo, The Box, Skyways).  City High is expected to be scheduled in the 8.30pm timeslot. 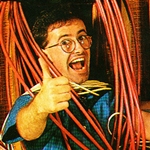 Tonight Live… and Sweaty?
Although Andrew Denton (pictured) has vowed he’ll never work for commercial television, he is currently being wooed by Tonight Live producer Steve Vizard.  And although Denton has said he won’t be doing Live And Sweaty again, ABC is not about to let him go easily — there are currently high-level negotiations to keep him at the national broadcaster although it has yet to find him a new venture.

Lawrie Masterson: The View From Here
“It speaks volumes for the popularity currently enjoyed in this country by cricket — particularly one-day cricket — that a match between Queensland and NSW was able to attract a rating of 10 on a recent Sunday afternoon in Melbourne.  That figure is particularly interesting because, at the same time, two Melbourne-based teams were locked in battle in the deciding final of the National Basketball League.  Australia’s basketball showpiece — its climax for the year, and an exciting game it was — could only manage an average of only about 13, with a 20 peak.  It is a respectable figure, but it rounds off what has been a triumphant season for the South East Melbourne Magic, but a whitewash for Network Ten.” 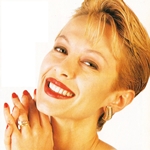 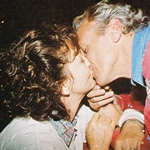 Tuesday:  In Beyond 2000 (Seven), Dr John D’Arcy test drives the noiseless family car, Bryan Smith investigates a new treatment for breast cancer sufferers that may get rid of the tumour in a matter of minutes, and Tracey Curro looks at a new design that makes train travel a lot safer.  SBS presents the documentary The Last Coming Out, looking at the effect of AIDS and HIV upon Australians from non-English speaking backgrounds, with the statistic that 20 per cent of the 1500 Australians that have died from AIDS-related illnesses came from non-English speaking backgrounds.

Thursday:  Travel show Getaway (Nine) looks at some of Australia’s “big” tourist attractions — including the Big Teapot, the Big Guitar, the Big Captain Cook and the Big Pineapple.

Friday:  SBS crosses to the Darling Harbour Convention Centre, Sydney, for the draw of the Seventh World Youth Championships for the FIFA/Coca-Cola Cup to be staged in Australia next March.  The special, to be broadcast to an estimated worldwide audience of 47 million, features performances by the Bangarra Dance  Theatre Company and pop group Radio Freedom.