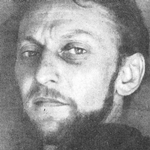 Actor Wynn Roberts, known from series including Prisoner, Neighbours and Law Of The Land, has died at his NSW home. He was 97.

A prominent actor in Melbourne’s theatre and radio scene and sometimes credited as Wyn Roberts, he appeared in many early TV plays, including Symphonie Pastorale, Heart Attack, Uncle Martino, Macbeth (in 1960 and 1965), Hedda Gabler, Burst Of Summer, A Man For All Seasons, The Physicists, Romanoff and Juliet, Manhaul, Flight Into Danger and Moby Dick: Rehearsed.

He also starred in a number of plays performed as part of ABC‘s Australian Playhouse series of 1966. In 1964, he was one of the cast of This Is It!, the variety-comedy special broadcast on the opening night of Melbourne channel ATV0. Years later he returned to the same studios for guest appearances in Prisoner, Holiday Island and Carson’s Law. He also appeared in Neighbours as Frank Darcy, an eye-patch wearing artist from the Bungle Bungles who had a brief dalliance with Helen Daniels (Anne Haddy).

Permanent link to this article: https://televisionau.com/2021/09/obituary-wynn-roberts.html