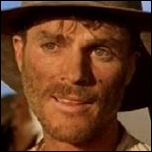 Australian acting veteran Harold Hopkins has died in a Sydney hospital from the asbestos-related cancer mesothelioma.

The 67-year-old actor was diagnosed several months ago and is believed to have contracted the cancer from his first job after finishing high school, where he worked with asbestos sheeting as an apprentice carpenter in Queensland in the early 1960s.

Early TV roles also included Skippy The Bush Kangaroo, Riptide, Delta and Barrier Reef.  He had an ongoing role in the comedy-drama The Godfathers and its spin-off series The People Next Door. 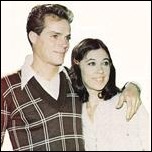 He went on to appear in mini-series including Sara Dane, The Dirtwater Dynasty, True Believers, The Last Bastion, Winners, Shadows Of The Heart and Brides Of Christ.

Harold Hopkins is survived by his twin brother, John, and five other siblings, Naomi, Michael, Gregory, Margaret and Suzanne.

Permanent link to this article: https://televisionau.com/2011/12/obituary-harold-hopkins.html