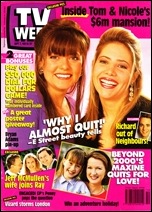 Toni re-signs to E Street
The demands of combining acting and music careers almost saw Toni Pearen (pictured, near right, with co-star Melissa Tkautz) quit the Network Ten series E Street.  “I was thinking about leaving because my workload has been so hectic,” she told TV Week.  “When it came to the crunch I decided to stay.  The new contract includes a few new negotiations.  It took some deciding because now I have other aspects to my career.”  The 20-year-old has also recently signed with Mushroom Records and her band, Kon-X-ion, is soon to release its debut single.

Fast Forward to London!
Steve Vizard and business partner Andrew Knight are excited at the prospect of the BBC snapping up Fast Forward for screening in the United Kingdom.  “I was surprised the show worked in Australia, so I was genuinely amazed that the BBC can’t get enough of it,” Vizard told TV Week.  “The parodies translate and we have 80 hours of Fast Forward.  Even if we have to edit more than half of it, we’ll still have a lot of television left.”  The pair stopped over in London for negotiations with the BBC on their way to Barcelona where they will be producing some Olympic-themed specials for the Seven Network in the lead up to the 1992 Olympic Games. 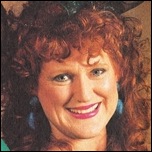 Court to close?
The Seven Network’s Hampton Court, the spin-off to the popular Hey Dad!, is facing the axe after its current round of 13 episodes.  The series, starring Julie McGregor (pictured), Adam Willits, Danielle Spencer, Roy Billing and Maxine Klibingaitis, has been receiving only a modest response from viewers in a tough Thursday night timeslot where it is up against The Flying Doctors on Nine and E Street on Ten.  A spokesperson for Seven said that the decision on the show’s future will be made by the network’s programming bosses at their next meeting, scheduled for this week.

Briefly…
Neighbours star Richard Huggett has told producers that he will not be seeking to renew his contract when it expires in November.  “I was always pretty adamant that one year is enough to be in one TV series,” he told TV Week.  “I want to do material which means something to me, stuff with a harder edge.  I suppose quality is what I mean – not pumping it out like a sausage factory.” 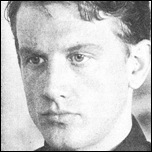 Actor Simon Burke (pictured) has certainly been keeping busy.  In the space of a few months he has played the role of a priest in Brides Of Christ (now screening on ABC), an army captain in Heroes II, and a gay film director in Loveless, one of the episodes of SBS’ upcoming series Six Pack.

Kim Hoggard, the US-born wife of 60 Minutes reporter Jeff McMullen, has left her two-year post at the US State Department and returned to Sydney, where she will be a semi-regular guest on Midday With Ray Martin, reporting on the international political arena.  “Certainly, I can provide a different point to view from what Australian audiences are used to hearing,” she told TV Week.

John Laws says…
”As with the Gulf War, the recent Clayton’s “coup” in the Soviet Union saw television presented with a golden opportunity for live and dramatic news programs.  Unlike the Gulf War – where Ten grabbed the honours because of its excellent CNN coverage – it was the ABC and SBS which emerged with the major honours in Moscow.”

Tuesday:  In GP (ABC), Beth (Penny Cook) proposes marriage to Steve (Michael O’Neill) who is distracted by a suspicious suicide.  Beyond 2000 (Seven) presents a report on villagers in Zimbabwe, faced with a scarcity of wood, making furniture from paper. 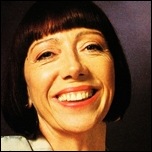 Wednesday:  In Neighbours (Ten), Helen (Anne Haddy) makes a final decision about her future.  The third episode of Brides Of Christ (ABC) focuses on Mother Ambrose (played by Sandy Gore, pictured) who is forced to make crucial decisions which affect both her personal life and the lives of the sisters of the Order.

Thursday:  Seven presents a re-run of the D-Generation special A Salute To Roy Smeck,  “a tribute to one of the founding fathers of Australian television; the man who helped make Australian television one of the top 59 television industries in the Southern hemisphere”.  In The Flying Doctors (Nine), Sister Jackie Crane (Nikki Coghill) is placed in an awkward position when she discovers the locum replacement for Dr Geoff Standish (Robert Grubb) is a heroin addict.