Packed To The Rafters star Rebecca Gibney won the Gold Logie for Most Popular Personality On Australian Television at the 51st annual TV Week Logie Awards.

The awards, held at Melbourne’s Crown Casino on Sunday 3 May 2009, were hosted by former Big Brother host Gretel Killeen and broadcast on the Nine Network.

Gibney took out the award ahead of seven other nominees: Natalie Bassingthwaighte (So You Think You Can Dance Australia), Simmone Jade Mackinnon (McLeod’s Daughters), Andrew Denton (Enough Rope), Rove McManus (Rove, Are You Smarter Than A 5th Grader), Kate Ritchie (Home And Away), Adam Hills (Spicks And Specks) and Ian Smith (Neighbours). 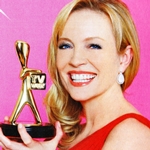 Gibney paid tribute to her husband, Richard Bell, and son Zachary in her acceptance speech. “I think people forget about the family and friends who have to put up with our long hours and the fact we’re distracted more often than not. It’s so wonderful they’re here for us — I wouldn’t be doing this without my husband and son,” she told TV Week shortly after the win. 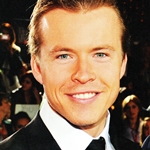 Seven’s other prime time drama Home And Away picked up one award — Todd Lasance (pictured) won the Silver Logie for Most Popular Actor.

Foxtel movie host Bill Collins was inducted into the TV Week Logie Awards Hall Of Fame. Collins’ television career dated back to discussing films on ABC’s Roundabout program in 1963. He then became a movie presenter for Nine, Seven and Ten before moving to Foxtel in 1995.

Overseas guests at the Logies included Days Of Our Lives stars Peter Reckell (Bo in the series) and Kristian Alfonso (Hope), and Queer Eye For The Straight Guy‘s Carson Kressley was a co-host on the Logies red carpet. Aussie actress Rachel Griffiths, at the time a cast member in the US series Brothers And Sisters, was also a special guest of the Logies.

Musical performances included Australian Idol runner up Jessica Mauboy singing Unforgettable to accompany the In Memorian tribute, So You Think You Can Dance Australia host and Gold and Silver Logie nominee Natalie Bassingthwaighte performing her new single, and special guest Annie Lennox with songs from her just-released best-of album. 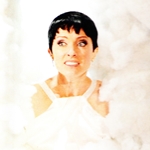 Hosting her first Logies, Gretel Killeen copped plenty of criticism, mirroring the experience of Wendy Harmer a few years earlier. Though, Killeen’s effort was probably one of the first to suffer the wrath of social media, with comedians and viewers lumping on criticism throughout the night, and radio commentators doing the same the next morning. Killeen was philosophical about the event when asked about it some months later.

“I think we all know hosting the Logies is a little bit like volunteering to be the target for a game of brandings,” she told The Age. 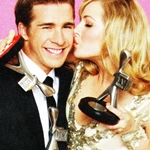 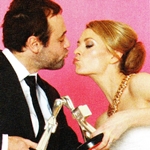 Permanent link to this article: https://televisionau.com/2019/06/tv-week-logie-awards-10-years-ago-8.html