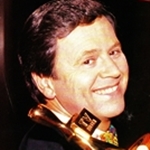 Ray Martin won his third Gold Logie as Most Popular Personality On Australian Television at the 36th annual TV Week Logie Awards. The awards were held at Melbourne’s World Congress Centre on Sunday 17 April 1994 and telecast on the Nine Network. It was the first time since the 1960s that the awards were presented …

END_OF_DOCUMENT_TOKEN_TO_BE_REPLACED

Permanent link to this article: https://televisionau.com/2019/06/tv-week-logie-awards-25-years-ago-9.html