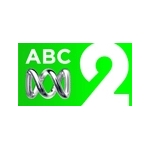 ABC‘s re-branding of its multi-channels continues, with plans to replace ABC2 with ABC Comedy.

The new channel, to launch 4 December, as the name implies will replace the prime-time entertainment and documentary channel with a line-up dedicated purely to comedy — drawing heavily on ABC’s existing library of content plus some new program acquisitions and commissions.

ABC Comedy will commence programming at 7.30pm each night, extending ABC Kids‘ line-up which currently occupies the same channel up to 7.00pm.

A new program, Tonightly, will be ABC Comedy’s signature program four nights a week at 9.00pm, hosted by Tom Ballard.

The change to ABC Comedy marks the end of ABC2 which began in 2005 but has not had a significant branding refresh since 2011, and follows recent re-branding of ABC News 24 to ABC News, and ABC3 as ABC Me.

Permanent link to this article: https://televisionau.com/2017/10/abc2-to-become-abc-comedy.html