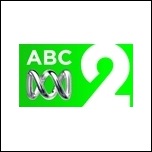 Following the rebranding of ABC1 earlier this year, the national broadcaster has now launched new branding for digital channel ABC2.

It is the first visual revamp for the channel since 2008.

Adopting the slogan ‘Always Brighter’, ABC2 is taking on a brighter, quirkier image and aiming at a more contemporary audience than its more conservative counterparts at ABC1.

Permanent link to this article: https://televisionau.com/2011/04/abc2-gets-a-new-look.html