Damian’s alcohol abuse warning
This week’s episode of Blue Heelers sees Constable Adam Cooper (Damian Walshe-Howling) deeply distressed by the alcohol-related death of a teenage boy. “A group of young people, bored with living in a country town, get stuck into the alcohol one night,” Walshe-Howling told TV Week. “In a drunken dare, one of them falls from a high place, and died.” Adam is devastated by the death, and his inability to cope with it himself leads him to question whether he is cut out to be a policeman. “Adam has seen death before, but this one triggers off something in him. He goes through shock, denial and anger, and he doesn’t realise that in trying to hide his feelings, he’s actually becoming quite aggressive towards other people. He’s stressed out, and doesn’t know what to do. He learns through this episode that it’s okay to express emotions in whatever way they come out.” 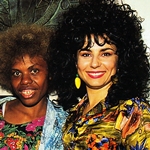 Big hair woman!
Effie (Mary Coustas) is returning to TV in a one-hour “docu-comedy” being produced for Network Ten. The project, produced by filmmaker and ABC presenter Don Parham, features Effie (pictured far right) travelling around Papua New Guinea during its 20th anniversary of independence celebrations. It is a shift away from Parham’s usual projects that have covered heavy topics such as domestic violence, divorce and homelessness. “All the documentaries I’ve done have been personally inspired, but this one is just a project that fell out of the sky and hit me in the head,” Parham told TV Week. “When I got the idea of Effie something sort of clicked in my mind. I had the impression that she had a kind of intelligence about her that would work in a really interesting way.” Parham faxed Coustas a 10-page outline of his idea. “Mary said to me later that the idea was so totally off the wall and ridiculous, and something that she would never dream of doing that she just had to do it.” The title of the program, Pig Bilong Big Hair Woman, came from the locals dubbing Effie “Big Hair Woman” and giving her a pig as a present in return for hairdressing tips. The special is due to air on Ten later in the year. 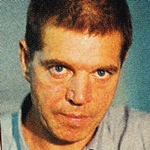 Frank’s final fling?
Water Rats character Sgt Frank Holloway (Colin Friels, pictured) is getting his life back together after the death of his brother, and is involved in a blossoming romance with colleague Sen-Constable Caroline Cox (Mary Regan). But things take a dramatic turn when Sgt Holloway is shot in the line of duty after stumbling into an armed hold-up. The shooting scene makes up only a few seconds of airtime, but the co-ordination and filming takes an entire morning, requiring Friels to replay the action over and over again, falling on to asphalt as a stunt car speeds away just metres from his head. “I’ve never had a problem doing the physical stunts,” Friels told TV Week. “In fact, that’s an easy part for me. And there’s always a stuntman on hand to do the hard ones.” 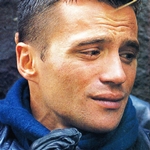 Tuesday: In Home And Away (7pm, Seven), Simon (Julian Garner) returns and is obviously in love with Angel (Melissa George). In Better Homes And Gardens (7.30pm, Seven), John Jarratt builds a free-standing mirror, and Belinda Jeffery creates a chocolate cake… with potato. In GP (8.30pm, ABC), Henry (Steve Bisley) learns through watching his old army buddy succumb to stress that leaving the service was the best decision he ever made. In Blue Heelers (8.30pm, Seven), Adam (Damian Walshe-Howling, pictured) struggles to cope after he and Nick (William McInnes) discover the body of a teenager who died as the result of a drunken dare. 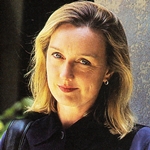 Friday: In Home And Away (7pm, Seven), Jesse (Ben Unwin) runs from the police, and Alex (Nick Freedman) is rushed to hospital.