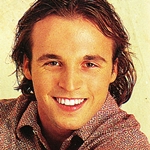 Former Home And Away star Ben Unwin has died, a day before his 42nd birthday.

NSW Police has said in a statement: “Police attended Minyon Falls, Whian Whian, responding to a concern for welfare. The body of a 41-year-old man was located. The death has not been treated as suspicious.”

Unwin went into Home And Away straight out of high school. He had auditioned for another role but producers ended up creating a new role of Jesse McGregor specially for him.

He starred in Home And Away from 1996 to 2000, being nominated for Most Popular New Male Talent at the TV Week Logie Awards in 1997.

He took a break from the series to travel overseas and completed computer studies, before producers offered him his old job back. He stayed in the series again for another three years.

He also appeared in ABC series GP and Eggshells.

He later quit showbusiness and completed a law degree and worked as a solicitor. Permanent link to this article: https://televisionau.com/2019/08/obituary-ben-unwin.html