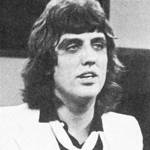 The 66-year-old was surrounded by his partner and children at the time of his death.

Born in the United Kingdom, English emigrated to Australia with his family in the early 1960s. He’d shown an interest in music from an early age, starting in his first rock band as a teenager.

He rose to fame in the early 1970s playing the part of Judas Iscariot in the stage production Jesus Christ Superstar.

English continued recording albums and performing on stage while scoring minor acting roles in various TV productions including Number 96, Matlock Police and Homicide. He continued to perform as a guest artist on Countdown and as a panellist on the game show Blankety Blanks. 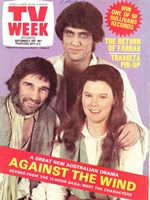 His big TV break came in 1978, playing the lead character of Jonathan Garrett in the historical mini-series Against The Wind. English also worked on the show’s soundtrack and co-composed and sung the series’ theme song, Six Ribbons.

His performance in Against The Wind led to him winning the award for Best New Talent at the TV Week Logie Awards in 1979. He also won Most Popular Male Performer at the 1980 TV Week Rock Awards.

English continued to perform on stage, as a musician and as an actor, including a successful run in musicals The Pirates Of Penzance and The Mikado.

Television acting roles were limited largely to guest spots, including Chopper Squad, Bellamy and Sweet And Sour, but he was to again take the lead in the early 1990s sitcom All Together Now, playing the part of faded ’70s rocker Bobby Rivers. The comedy series, which also starred Rebecca Gibney, Steven Jacobs and Jane Hall, ran for three years and sold well overseas.

At the time of his death English was in the middle of an Australian tour. He had cancelled his appearance in Newcastle on Sunday due to ill health. He later suffered an aortic aneurysm and passed away on Wednesday evening while in surgery.

Details of a public memorial are to be announced.