Long lost Friends
The battle between the Seven and Nine networks over the rights to the top ratings US sitcom Friends has been won by Seven… and Nine. Seven has secured the rights to the first season but Nine will have any subsequent series through the recent output deal it has signed with Warner Bros (the same deal that has seen Lois & Clark The New Adventures Of Superman swap networks this year). Nine had been hoping to secure series one from Seven in exchange for something that Seven wanted. So Nine issued a somewhat premature press release that it had also secured series one. “Not true,” according to Seven’s programming chief, Chris O’Mara. “We still have series one of Friends and I plan to screen it any day now.” But while Seven and Nine are knocking each other out, passengers on Ansett Airlines have already been watching Friends on its in-flight entertainment via a separate agreement. 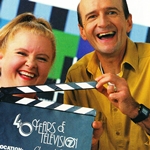 Garry looks back
With a list of credits including some of Australia’s most beloved shows, including The Aunty Jack Show, The Norman Gunston Show and Mother And Son, it seemed inevitable that Garry McDonald would be co-hosting (with Magda Szubanski) Seven‘s 40 Years Of Television special. In the lead up to the upcoming special, McDonald recalls his early memories of television. “I used to go across the road where they had a television and we would stand on the fence looking in their lounge-room window,” he told TV Week. “Occasionally, the big thing was you’d be invited in.” 40 Years Of Television looks at some of TV’s favourite moments, covering variety, comedy, drama and music through the decades. “There are things in the 40 Years Of Television that I don’t even remember, such as Autumn Affair. That was Australia’s first soap opera, and obviously about a relationship in its later years. Now when you look at it, it’s very funny, very melodramatic.” 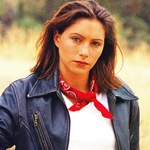 Claudia turns up the heat!
Claudia Karvan (pictured) stars as a lawyer travelling around the countryside on a motorbike in the upcoming telemovie Heat. The $1.9 million production is the first of three planned telemovies based on the 1986 film Shame. Karvan’s character, Asta Caddell, was played by Deborra-lee Furness in the original. “I’m very excited about Asta,” Karvan told TV Week. “She is searching for the truth all the time and causing a lot of trouble. I get to pull beers, paint sheds, ride a motorbike and fight the law. I don’t even have a love interest — it’s fantastic!” Heat is currently filming in Western Australia and co-stars Sonia Todd and John Moore.

Program Highlights (Melbourne, March 9-15):
Saturday: The Final Qualifying Session of the Australian Grand Prix (11am, Nine) is live from Albert Park, Melbourne. The Cricket World Cup continues with the First Quarter Final (3pm, Nine) from Faisalabad, Pakistan, and the Second Quarter Final (8.30pm, Nine) live from Bangalore. Beyond 2000 (4.30pm, Ten) reports on Italy’s Mount Vesuvius, the volcano which is set to erupt again, endangering the millions of people living at its base. 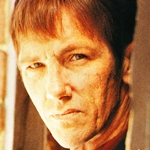 Wednesday: In Neighbours (6.30pm, Ten), Susan (Jackie Woodburne) is given a birthday surprise by her family. The First Semi-Final of the Cricket World Cup (8pm, Nine) is telecast from Calcutta, India.

Friday: In Neighbours (6.30pm, Ten), the police stake out Ramsay Street to catch the drug fiends. Due to the Cricket World Cup coverage, The Footy Show (8.30pm, Nine) makes a special appearance on Friday, hosted by Eddie McGuire.