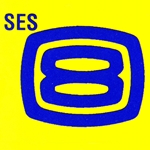 The launch of SES8 — South Australia’s first regional commercial station and now part of the WIN network — took place 50 years ago today, 25 March 1966. But the station’s debut was meant to happen much earlier. The channel had originally planned to launch in November 1965 but an accident during construction of the transmission tower on …