We’re all doomed romantically!
The Blue Heelers men — Grant Bowler, Martin Sacks, William McInnes and Damian Walshe-Howling (pictured) — all agree that their characters have a lot to learn when it comes to relationships. “It’s a bit of an inside joke with us that we’re all doomed romantically,” Grant Bowler (Constable Wayne Patterson) told TV Week. “Tom’s (John Wood) wife was killed, my wife left me, and Nick’s (William McInnes) family died tragically. Chris (Julie Nihill) also has the all-time worst taste in men.” Although the actors have their fans, they say the show’s popularity is more about the quality of the drama rather than the look of its cast members. “None of us are ripping our shirts off in Blue Heelers,” Sacks told TV Week. “The scripts are tight, it’s cast well and it has a certain amount of integrity.” Despite the show’s change from 7.30pm to 8.30pm, Bowler said this won’t have any impact on the show’s formula. “The problem is we’re also dealing with international sales. Blue Heelers screens in the UK in the afternoon, so we adhere to that,” he said. 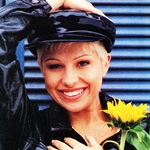 Melissa’s back in town!
Melissa Bell has returned to Neighbours to reprise her role of Lucy Robinson, and she’s happier than she’s ever been. Her return to the series comes after a financially crippling experience in London, including the split from her London-based manager. “The situation with my manager in London became very difficult and expensive,” she told TV Week. “I had to hire an accountant and a lawyer to sort the situation out and it cost me a fortune.” 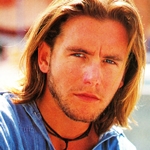 Gavin goes grunge
Former A Country Practice star Gavin Harrison (pictured) might be at home in Beverly Hills, but he is happy not to pursue the glamorous side of the industry. Now sporting a disheveled grunge look, Harrison says he is picking his roles carefully. He has already put his voice to a Disney series called The Little Wizards and has a continuing role in the series Wing And A Prayer. Harrison has also adopted a strong American accent. “It is necessary for work,” he told TV Week. “Some people wear suits and have short hair because they are lawyers — they all the rules and regulations you have to follow to work. If you go in to a (script) reading or whatever talking like an Australian and then decide to turn it around, there can be doubts about whether you can pull it off. But if they perceive you as an American there can be no doubts.”

“With this week’s announcement of our special guest stars, the countdown to the 1995 TV Week Logie Awards is on in earnest. Work on the 37th annual Logies has been progressing quietly (on occasions, not so quietly!) for some months, but, with the event only weeks away, now is the time to step up into overdrive. And we can’t think of a better way to do so than by announcing that three of the hottest young stars on American television have agreed to be part of our television industry’s biggest night of the year. Dean Cain, star of Lois & Clark The New Adventures Of Superman, and Mark Curry and Holly Robinson, from the hit family sitcom Hangin’ With Mr Cooper, will be in Australia for the Logies. And we’ve also secured the services of a fourth big, international name… One of the all-time children’s favourites, Big Bird, will be here as part of a worldwide celebration of the 25th anniversary of Sesame Street, and he’s all set for a Logie Awards starring role, as well.”

Monday: In Neighbours (6.30pm, Ten), Mal (Benjamin McNair) and Danni (Eliza Szonert) come to blows when her jealousy gets out of control. A British documentary, Hacker Attack (7.30pm, SBS), looks at how the development of the internet has resulted in the rise in electronic crime across the globe. 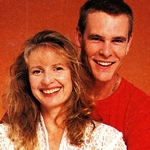 Tuesday: In Fire (9.30pm, Seven), Banjo’s (Aaron Jeffery, pictured) secret is out, he’s getting married to Anne (Anne Tenney, pictured), and the platoon members aren’t invited. Boss (Peter Phelps) reminds him that they are his family above and beyond his wife-to-be.

Thursday: In Janus (8.30pm, ABC), Judge Glenda de Bono (Louise Siversen) takes on her first trial — a rape case. The Opening Ceremony of the World Youth Football Championships (11.30pm, SBS) is live from Qatar, followed by Nigeria versus Russia (12.15am, SBS) and Australia versus Costa Rica (2.45am, SBS).