It was McManus’ second Gold Logie, having also won the previous year, and one of three Logies that he collected on the night. He also won the Silver Logie for Most Popular Presenter and his program Rove Live won Most Popular Light Entertainment/Comedy Program.

McManus, attending the Logies with girlfriend Belinda Emmett, said it was “a big thrill” to be handed the Gold on stage by Bert Newton. “Last year, as much as it was great to receive the award from Barry Humphries/Dame Edna, there’s a special kinship I have with Bert… and so to receive it from him just makes it all the more wonderful.” 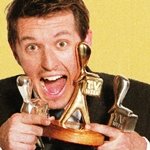 While Chappell missed out on the Gold she was successful in winning the Silver Logie for Most Popular Actress. The award came after her McLeod’s Daughters character, Claire McLeod, had exited the series in a dramatic cliff plunge.

Chappell’s McLeod’s Daughters colleague Aaron Jeffery won the Silver Logie for Most Popular Actor. The new dad admitted that he hadn’t had much time to prepare a speech. “I wrote a couple of things down and then I had to change a nappy,” he said on-stage.

Veteran soap Home And Away scored the two Most Popular New Talent Logies — won by Isabel Lucas and Kip Gamblin. “I’m not going to pretend that I didn’t want it,” Gamblin told TV Week. “I really wanted it and I felt like, from the moment I got my job, I wanted to try and get a Logie.” 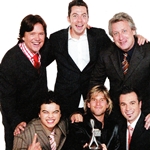 Network Ten’s Australian Idol (pictured) won the Logie for Most Popular Reality Program, while the show’s series one winner Guy Sebastian and runner up Shannon Noll had performed in the opening Logies number.

The Nine Network’s popular series Backyard Blitz won Most Popular Lifestyle Program for the fourth year running. “There are so many shows on the television now like ours, so it’s nice to know we are still in with a chance and that the public are still loving us after all this time,” co-presenter Jody Rigby told TV Week.

For the third year running, Network Ten’s The Secret Life Of Us was awarded the Silver Logie for Most Outstanding Drama Series. The award came at a turbulent time in the show’s run as its future was uncertain following a drop in ratings. “It has been quite difficult to keep going, not knowing what’s ahead,” co-star Deborah Mailman said. “This is great for everyone who is involved.” Mailman also won the Silver Logie for Most Outstanding Actress In A Drama Series.

Nine’s The Footy Show (AFL) won Most Popular Sports Program, while Ten’s coverage of the Bob Jane T-Mart 1000 won Most Outstanding Sports Coverage. In accepting the award, commentator Bill Woods paid tribute to colleague Barry Sheene. “He had passed away before Bathurst came along, but he was in our thoughts all year because every telecast I went to, every time I turned around, I expected him to be there,” Woods said. “And he was an amazing character.”

The Logie for Most Outstanding Comedy Program was a tie between two ABC programs — CNNNN and Kath And Kim. The foxy morons from Fountain Lakes also wowed the Logies audience with their rendition of Lady Bump.

ABC’s Australian Story won Most Outstanding Public Affairs Report for its episode on former “first lady” Hazel Hawke‘s battle with Alzheimer’s disease. “This is the first time anyone with a high profile has spoken in detail about the experience of having Alzheimer’s,” producer Helen Grasswill told TV Week.

ABC News‘ report on US marines firing on an unknown target won Most Outstanding News Coverage. Journalist Geoff Thompson and cameraman Michael Cox headed out into the desert during the Iraq war for their report. “It was a great achievement, reporting at its best in a terrifying situation,” ABC’s head of international operations John Tulloh told TV Week.

Dying To Leave, the SBS documentary about people smuggling and human trafficking, won Most Outstanding Documentary Series. The program was filmed in 13 countries and had also screened on American prime-time TV.

Veteran television executive Sam Chisholm, who ran the Nine Network with great success for many years, was inducted into the TV Week Logie Awards Hall of Fame. 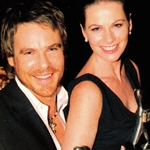 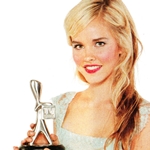 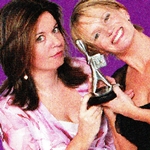 Permanent link to this article: https://televisionau.com/2014/04/tv-week-logie-awards-10-years-ago-3.html